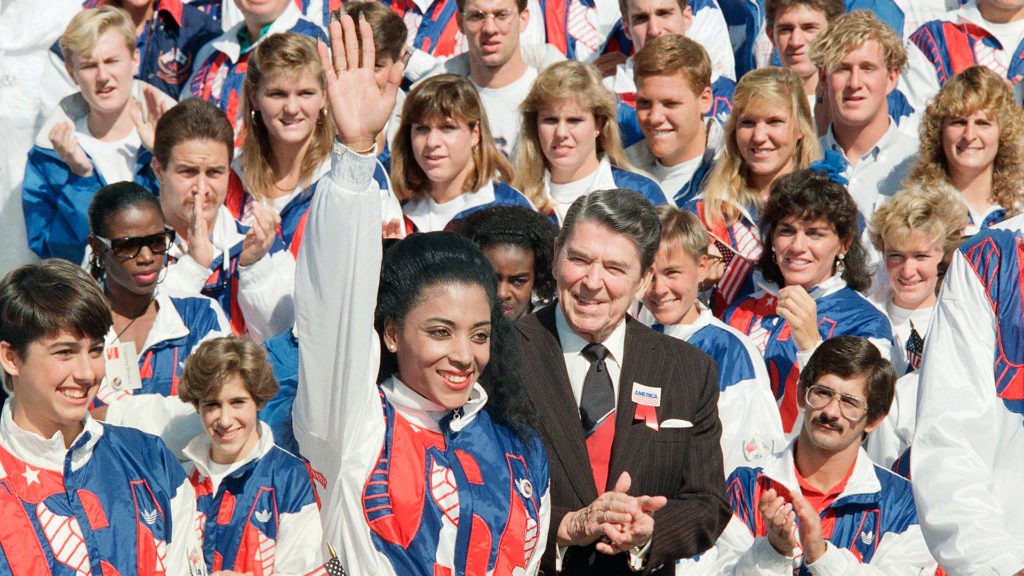 Many U.S. Presidents have had a significant impact on the Olympic and Paralympic Games

Through the years, many U.S. presidents have been involved with the Olympic and Paralympic Games.

In many cases, it is a natural fit. Several presidents were former athletes themselves, though none have competed in the Olympics or Paralympics.

U.S. Presidents with a passion for sports

Dwight Eisenhower played football at the U.S. Military Academy. One of his opponents was Carlisle Indian School star Jim Thorpe, who had recently won gold in the decathlon and pentathlon at the Stockholm 1912 Olympic Games.

George H.W. Bush had a passion for sports, primarily baseball. The former Yale University first baseman kept a mitt in his drawer in the Oval Office. And no president enjoyed basketball more than Barack Obama, who invited several pro players including many Olympians to join him for a pickup game on his birthday.

U.S. Presidents and their influence on the Olympic and Paralympic Games

Learn about presidents attending the Games and their influence on the Olympics and Paralympics.

As the governor of New York, Franklin Delano Roosevelt participated in the Lake Placid 1932 Olympic Winter Games Opening Ceremony and proclaimed the Games open. Nine months later, he was elected the United States’ 32nd president. As president, Roosevelt declined to become involved in discussions to boycott the Berlin 1936 Olympic Games and then infamously ignored the accomplishments of four-time gold medalist Jesse Owens and the 17 other Black Americans who competed.

Then the vice president, Richard Nixon officially proclaimed open the Squaw Valley 1960 Olympic Winter Games. (He is standing in the reviewing area, second seating section, behind the Olympic flag, as the U.S. delegation marches past.) His biggest impact on the Olympic and Paralympic movements undoubtedly came as a result of signing Title IX of the Education Amendments, which prohibits sexual discrimination in educational programs and other activities that receive federal funding. Title IX would be widely credited for aiding in the growth of women’s sports.

In 1975, President Gerald Ford created the President’s Commission on Olympic Sports “partly in response to the continuing conflicts among various organizations involved with amateur sports in this country and partly in response to declining performance by the United States in international competition such as the Olympic Games.” The Commission led to the U.S. Olympic Committee becoming the organization in charge of athlete selection.

In a span of less than two months, President Jimmy Carter hosted Olympians who had competed at the Lake Placid 1980 Olympic Games, then announced that the United States would not send a delegation to compete and would boycott the Moscow 1980 Olympic Games to protest the Soviet Union’s invasion of Afghanistan.

When the Summer Games returned to the United States at Los Angeles 1984 for the first time in nearly 50 years, Ronald Reagan became the first U.S. president to attend the Opening Ceremony and declared the games open. “Lv. for Calif. to open the Olympics then off to the ranch,” Reagan wrote in his diary. “Met Nancy—then addressed our Am. team at Olympic Village & on to the Coliseum. The opening ceremonies were magnificent.”

George H.W. Bush always enjoyed the opportunity to be around athletics

Former President George H.W. Bush, pictured above with members of the Japanese softball team, led the U.S. delegation to the Athens 2004 Olympic Games. Bush, who played first base on the Yale University baseball team, famously kept a baseball glove in his desk drawer in the Oval Office.

George W. Bush, who officially opened the Salt Lake City 2002 Olympic Winter Games, in 2008 became the first U.S. president to travel abroad to attend the Olympics. He is pictured with his father, the 41st U.S. president, George H.W. Bush, and swimmers Larsen Jensen and Michael Phelps, right, at the Beijing Games.