MEET THE CLASS OF 2019 INDUCTEES

The class of 2019 is comprised of nine individuals, one team, two legends, one coach and one special contributor, and together represents 12 different sports. 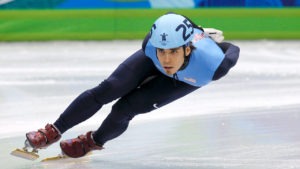 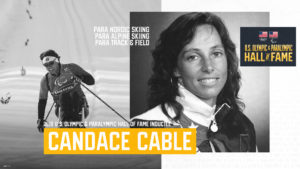 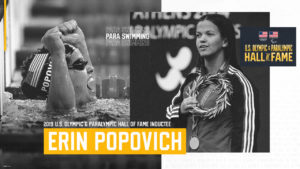 Swimmer Erin Popovich is a three-time Paralympian; 14 of her 19 Paralympic medals were golds. She is a two-time winner of the ESPY Award for Best Female Athlete with a Disability.

John Carlos and Tommie Smith’s protest for racial equality has echoed throughout the sports world since the Mexico City 1968 Olympic Games.

A four-time Olympic gold medalist, Lisa Leslie owns 10 U.S. Olympic records, including most points in a game (35). Leslie was a three-time WNBA Most Valuable Player and two-time WNBA champion. 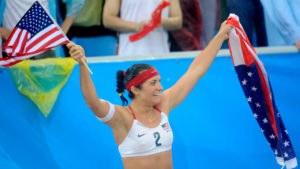 Misty May-Treanor was a college star at indoor volleyball, then successfully transitioned to one of the best beach volleyball careers of all-time, teaming with Kerri Walsh Jennings to win three Olympic gold medals and retiring with a then-record 112 wins. 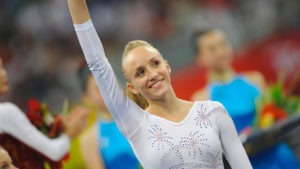 Daughter of two acclaimed gymnasts forged her own career, winning the women’s individual all-around gold medal at the Beijing 2008 Olympic Games, where her five medals equaled the most ever in a single Olympics by an American female gymnast. 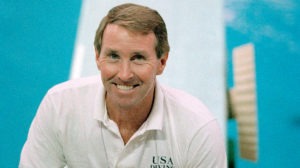 Tim Nugent was known as the “Father of Accessibility” for his contributions to bringing equal rights for the disabled.

Tommie Smith’s courage to protest for racial equality continues to be remembered throughout the sports landscape.