Who we are:
Our Team 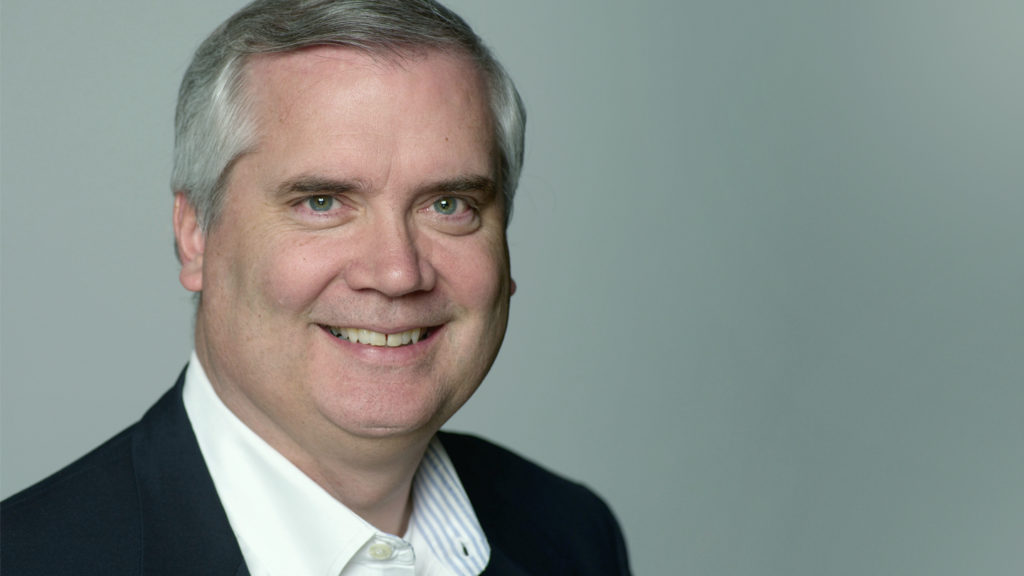 Christopher Liedel joined the USOPM team as chief executive officer in May 2018. Liedel previously served for nearly six years as president of Smithsonian Enterprises, the revenue-producing arm of the Smithsonian Institution. Before that, he was with National Geographic for 16 years, becoming the executive vice president and chief financial officer. At Smithsonian Enterprises, he had oversight of the key commercial activities of the Smithsonian, including Smithsonian Media, retail, e-commerce, educational and consumer-branded products, and food services. During his tenure, the organization saw significant growth in revenue and earnings performance.

His board affiliations have included the Nobel Prize Education Fund; the National Philanthropic Trust, which he chaired from 2005 to 2008; EdWeek Magazine; and the Amazon Center for Environmental Education and Research Foundation. He currently serves on the board of the PGA of America, and previously served on the executive committee of the United States Golf Association, where he was chair of the museum committee.

Peter Maiurro joined the USOPM team full time in July 2019. Prior to that, Maiurro served as Interim Chief Operating Officer for the Museum from October 2016 to June 2019 while serving as an executive on loan from El Pomar Foundation. He began his career at El Pomar as a summer intern in 2003 and then participated in the El Pomar Fellowship Program from 2005 to 2007. Maiurro then was a member of the Senior Staff and ultimately was Senior Vice President and the Director of El Pomar’s legacy properties: Penrose House, Penrose Heritage Museum and The Will Rogers Shrine of the Sun.

Maiurro is involved with numerous community organizations, including Big Brothers Big Sisters Colorado, the Cultural Office of the Pikes Peak Region (COPPeR) and Discover Goodwill of Southern and Western Colorado. Maiurro earned a B.A. from Colorado College and a Master’s in Public Administration from University of Colorado, Colorado Springs. He lives in Colorado Springs with his wife and their two daughters. 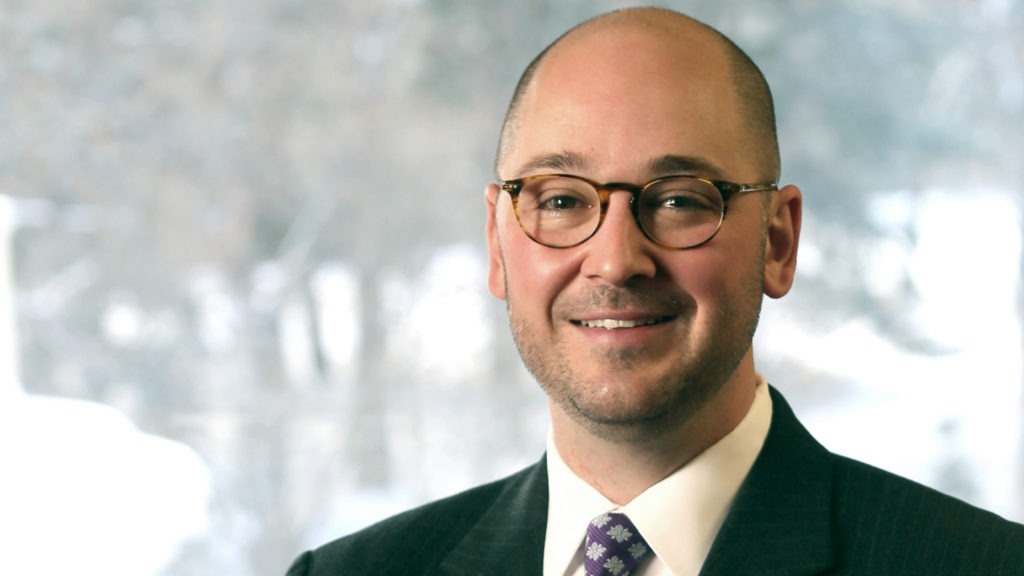 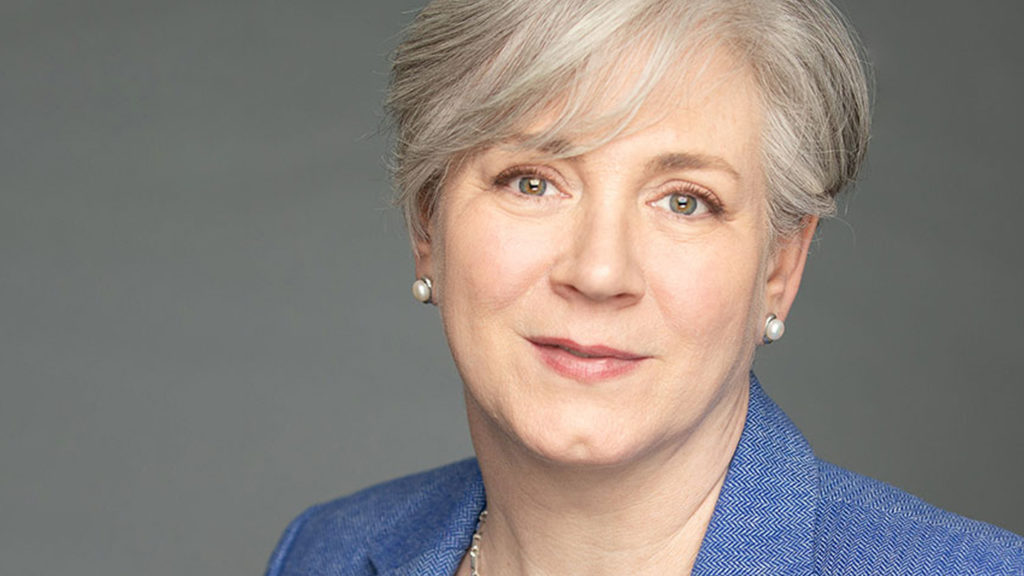 Mary Russell Baucom joined the USOPM in March 2019 as the Director of Administrative Services. Originally from Mobile, Alabama, Baucom is a graduate of Spring Hill College with a degree in Art/Business and whose love for the arts, and for non-profit groups, led her to experience many years in not-for-profit administration. Before moving to Colorado Springs 17 years ago from Washington D.C., with her husband and two sons, Baucom worked at the Corcoran Gallery of Art and at NAIFA, a national trade association.

After moving to Colorado Springs, Mary Russell became the Administration Director for the Major League Baseball Players Alumni Association (MLBPAA) where she oversaw the finance and human resources areas for the group, in addition to day-to-day operations. Most recently, she served as the Operations Manager for the Colorado Springs Fine Arts Center, where she had oversight of daily business functions, as well as the retail and event services. Baucom currently serves on the Olympic City USA Task Force.

Michelle Dusserre Farrell brings more than 35 years of involvement in the Olympic and Paralympic movements, starting as a 1984 Olympic silver medalist in the sport of gymnastics. Dusserre Farrell was a gymnastics coach at the club and college level for 12 years, a member of the Athletes Advisory Council for both USA Gymnastics and the USOPC and is a 2006 inductee into the USA Gymnastics Hall of Fame. She has worked in organizational sport performance for both the USOPC domestically and for various international sport organizations. She has worked a combined total of seven Olympic and Paralympic Games, three of which were for NBC sports television in the research division. She is currently the Colorado Chapter President of the U.S. Olympic & Paralympic Alumni Association and oversees athlete engagement for the U.S. Olympic City Task Force.

Dusserre Farrell holds a Bachelor of Science in Human Nutrition from Arizona State University, a Masters of Basic Science (with an emphasis in exercise science) from University of Colorado, Colorado Springs, and she is a registered dietitian. 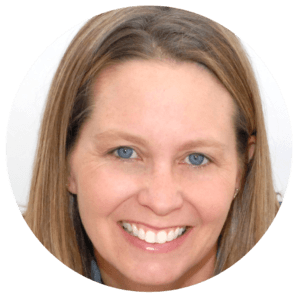 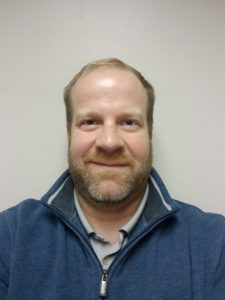 Steve Lind joined the Museum team in January of 2020 after previously working at the Broadmoor World Arena and the Pikes Peak Center as the director of facility operations. Lind has 20 years of experience in facility operations and maintenance. He started his career at the Budweiser Events Center in Loveland, Colorado, before taking a position at Value City Arena at Ohio State University. In 2012 he accepted a position as the Director of Operations at Pinnacle Bank Arena in Lincoln Nebraska the home of Husker basketball.

Tommy Schield joined the Museum team in November 2019 as the director of marketing and communications. He has spent the last decade working in communications and marketing with the Olympic and Paralympic movements, including the U.S. Olympic & Paralympic Committee and USA Swimming. 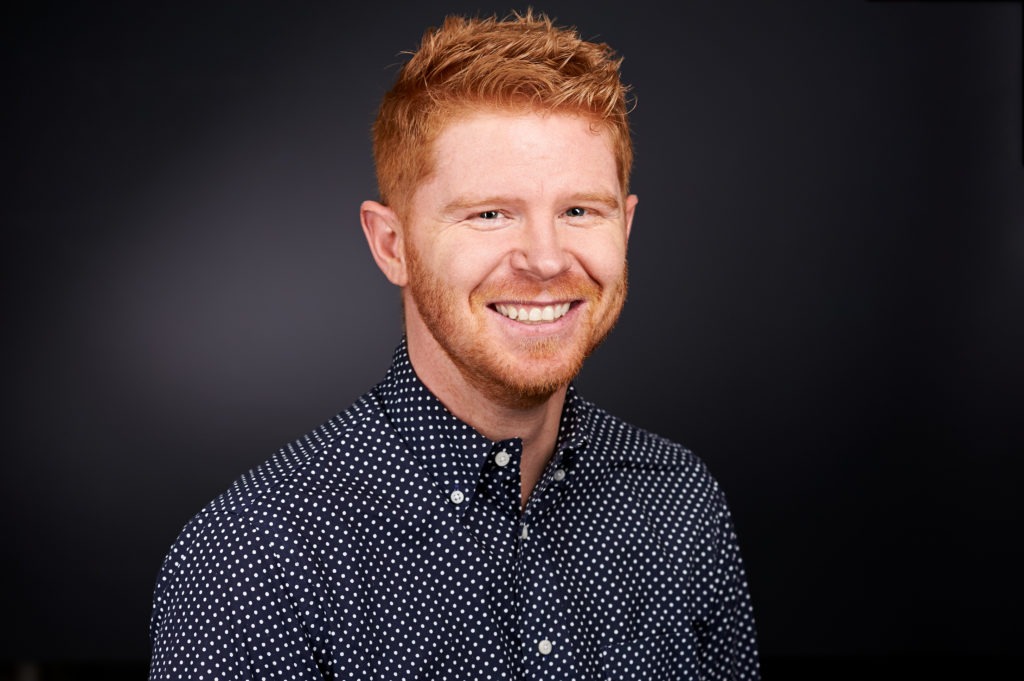 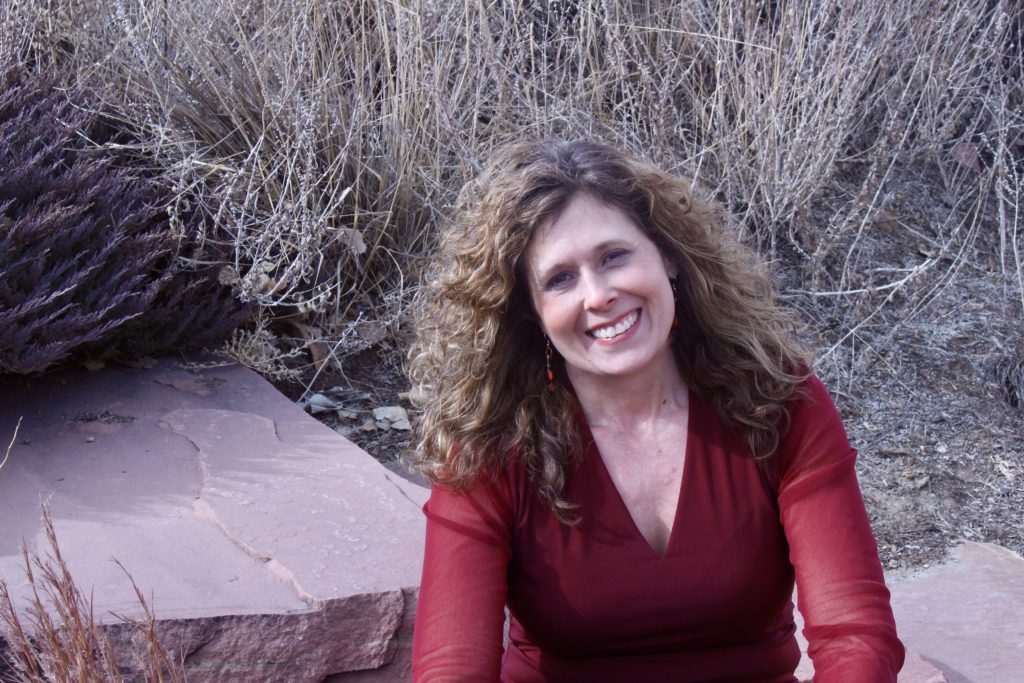 Prior to her family’s relocation to beautiful Colorado Springs, Tiffany Stahl served dual professional roles as an Education Specialist for the Morris Arboretum of the University of Pennsylvania, and as an on-line Teaching Assistant for the American Museum of Natural History’s (AMNH) Seminars on Science courses for educators. Her professional relationship with AMNH is deeply rooted in education, linking back to her work with the National Center for Science Literacy, Education, and Technology where she managed content for educator and student-based literacy programs. She also directed teen outreach initiatives for a dual impact literacy organization called the Read Alliance in New York City, and facilitated informal education programs at the Science Museum of Virginia and the Philadelphia Zoological Society.

Stahl is honored to continue her educational journey celebrating the deeply inspirational lives of Olympian and Paralympian athletes at the USOPM.

Madison Jones joined the Museum team in February 2019. In her role as media analyst, she is primarily responsible for compiling and maintaining the complete roster of every U.S. Olympian and Paralympian. She also assists with digital content and strategy and supports the museum staff with a variety of projects. She previously worked at the U.S. Olympic & Paralympic Committee in the diversity & inclusion department.

Jones is originally from Lansing, Michigan and earned her B.A. from the University of Michigan where she studied American Culture and Communications, with a digital studies minor. 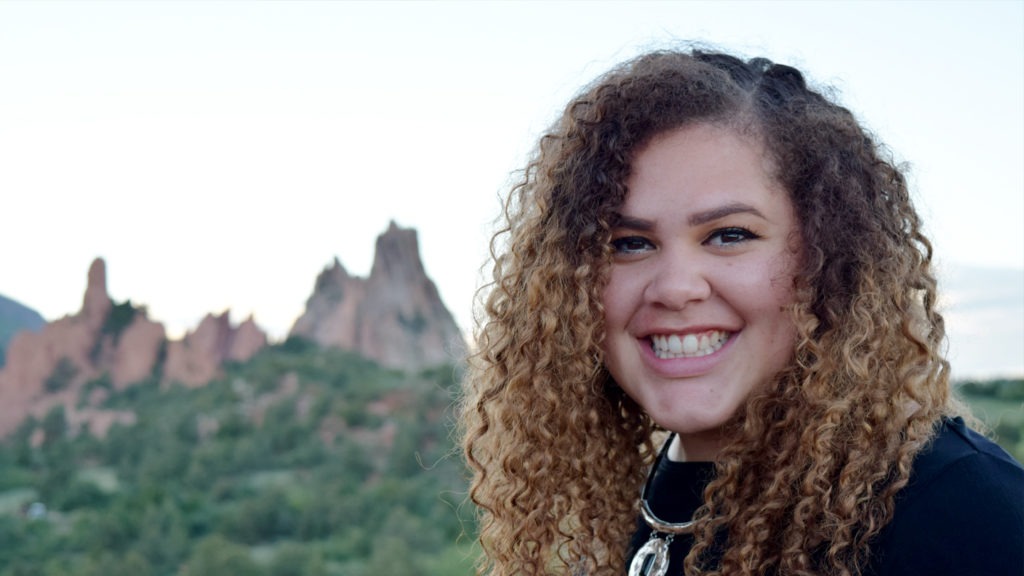 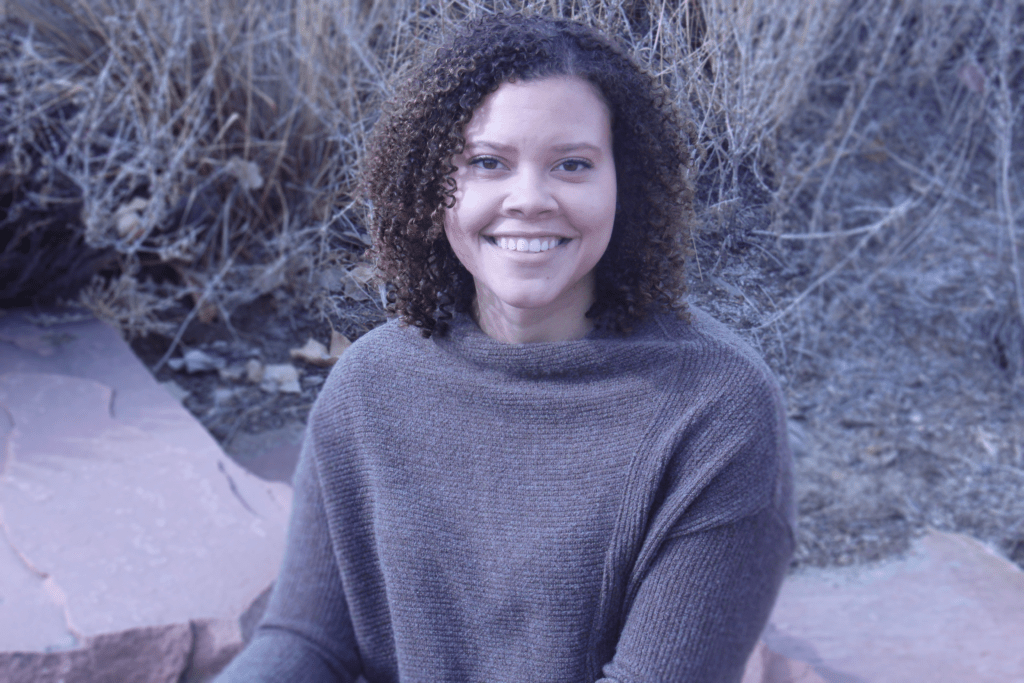 McQella Adams joined the Museum team in January 2020 as the educational programming coordinator. In her role, she facilitates and mentors students in the Museum’s structured classroom presentations and contributes to curriculum development for year-round programs and workshops. Previously, she spent three years with the U.S. Olympic & Paralympic Committee working in Athlete Career & Education program, athlete safety, and diversity and inclusion.

Adams is proud to have been raised in Colorado Springs. She is a graduate of Colorado College, where she received her bachelor’s degree in Organismal Biology and Ecology and was on the women’s volleyball team.

Stan Rovira is a LEED accredited professional with a proven track record in sustainable building practices. He has successfully managed and completed projects totaling over $180 million in higher education over the past 16 years. All were completed within their budget and time constraints, and five earned LEED certifications. 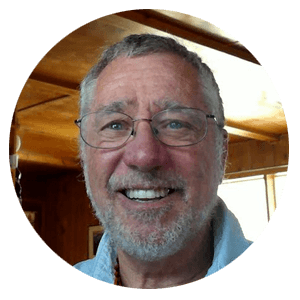 The U.S. Olympic & Paralympic Museum will be a timeless institution that reflects Team USA pride and helps visitors experience the thrill of the Games. As future generations of champions realize their dreams, the museum will grow and evolve alongside them, providing an ever-fresh experience with each visit.

TAKE THE JOURNEY WITH US

Subscribe to the U.S. Olympic & Paralympic Museum newsletter and keep up to date with events and happenings as we get set to open in early 2020 in Colorado Springs. You’ll also get the latest news and features from our Digital Museum, including Spotlight features and tips to plan your visit to Pikes Peak Region and the Museum.