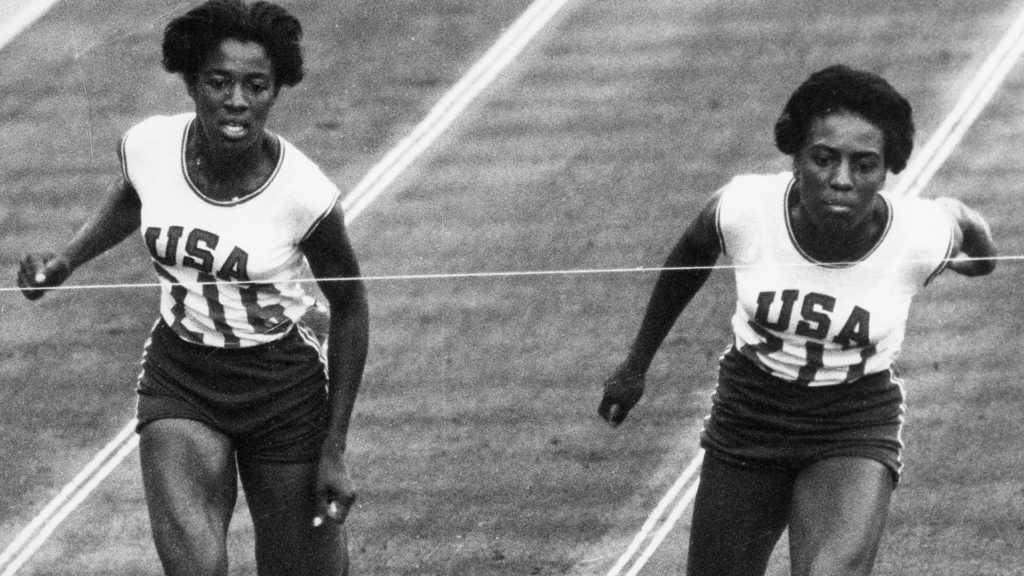 She might have been underestimated, but Wyomia Tyus made a habit to finish first

The first person to repeat as Olympic champion in the 100 meters, she also felt strongly about her role as an activist

The sport did not matter. Whether it was football, basketball or baseball, when Wyomia Tyus joined the neighborhood boys, it felt like she always was the last kid picked for a team.

Of course, after Tyus showed the boys what she could do, when teams were chosen for the next game, things changed.

“When we first started out playing with the kids in the neighborhood, all of the boys would say, ‘We don’t play with girls. We don’t want a girl on our team,’ and my brothers would have to tell them to please take me and let me play with them,” Tyus said. “I knew all along that I was gonna beat their butts anyway. … The next time we played, they’d all say, ‘We want her on our team.’ ”

This would be a theme throughout Wyomia Tyus’ life.

Born in Griffin, Georgia, about an hour south of Atlanta, Tyus attended Tennessee State University, joining the vaunted Tigerbelles’ track team. Ed Temple was the Tigerbelles’ coach, and when Wyomia surprisingly qualified for the Tokyo 1964 Olympic Games – for which Temple was the U.S. coach – he cautioned to keep her expectations low.

“The whole time there [in Tokyo] I just felt good and relaxed,” Tyus said. “Temple kept saying to me, ‘Tyus, don’t worry about it. This is not your year.’ ”

But it was her year. Tyus set a world record in a 100-meter preliminary heat and in the final upset fellow American Edith McGuire to win gold. Tyus and McGuire also won silver as part of the 4×100 relay.

While her success in 1964 was a surprise, Temple was right about Tyus being on course for stardom at Mexico City 1968. There, she became the first person – man or woman – to win back-to-back gold medals in the 100, breaking her own world record in the process.

Wyomia’s father, Willie, was a dairy farmer and Wyomia had three older brothers. Willie Tyus told his children to respect everyone while also standing up for themselves.

Growing up in the segregated South, the Tyus children experienced racism in a variety of ways. Wyomia recalled the times she responded with her fists when neighborhood boys called her racial slurs.

“I experienced a lot of racial injustice and racism growing up,” Tyus said. “My father was the type of man that knew and taught us that you were just as good as anybody else.”

Being a girl presented its own set of issues. Sixty years later, Tyus can still remember being taunted and teased.

“You’re not strong enough. You don’t have muscles.”

“You’re never gonna have a kid.”

“Things were being said to me that women and young girls were not supposed to do, like women weren’t supposed to be better than no man and no man would want you if you’re better than them,” Tyus said. “Thank God that both of my parents, mostly my dad, always told me that you need to be the best person you can be and fight for what you believe in.”

Listen: Wyomia Tyus talks about what it meant to be part of a team

And so Wyomia Tyus competed. She entered high school focusing on basketball before trying out for the track and field team. She struggled in the high jump, so she transitioned to running and she excelled. As a high school junior, Tyus broke the American record in the 100-yard dash at the 1962 Amateur Athletic Union championships. She repeated as the AAU champion as a senior.

At Tennessee State, Tyus was motivated by the fact that 40 Tigerbelles had gone on to compete at the Olympics. All of these standout athletes were coached by Temple, who would become a member of the U.S. Olympic & Paralympic Hall of Fame and was the main source of Tyus’ inspiration.

It was quite a surprise when Tyus finished third in the 100 to make the 1964 Olympic Team along with McGuire, her best friend since they were 15 years old. Tyus acknowledged that even she had no expectation of qualifying for the 1964 Games.

On the way to Tokyo, Tyus was full of nerves and excitement. Temple told her to use the Tokyo 1964 Games as a steppingstone, but in the second round of the women’s 100 competition, Tyus ran faster than any woman ever had, clocking in at 11.2 seconds and advancing to the finals.

While Temple finally admitted to Tyus that she was running well, he would only concede that if she could maintain her pace she “might” win a medal.

In the final, Tyus remembered, the starter’s gun sounded, and it felt like she was in front of the pack. Tyus looked around for McGuire, but she was nowhere in sight. At the 80-meter mark, Tyus thought to herself that McGuire had to be coming, that was always the point where McGuire would sprint by her and win.

This time, though, McGuire never caught up. McGuire took silver. Wyomia Tyus, the young girl who was always picked last, whose coach believed she had yet to enter the prime of her career, crossed the finish line to win gold.

That was the last time the Olympics Games were held in Tokyo. The Games will return in 2021 after this year’s Games were postponed because of the global health crisis caused by COVID-19.

Although Tyus will remain etched in the record books for her athletic accomplishments – earning induction to the U.S. Olympic & Paralympic Hall of Fame — she is most proud of the impact that she made off the track.

At Mexico City 1968, in addition to repeating as the Olympic champion in the 100, Tyus won a second gold in the 4×100 relay. She dedicated that medal to the Olympic Project for Human Rights and U.S. track stars Tommie Smith and John Carlos, who had been sent home from the Games for their medal podium protest of racial injustice in the United States. Tyus also wore black running shorts throughout the Mexico City Games to show her support for the message Carlos and Smith were sending.

“Going to ‘68 and dedicating my medals to Tommie Smith and John Carlos was nothing big to me because why wouldn’t I do that?” Tyus said. “They had done something that I had always believed in, and I had always thought that the world needed to change.”

The moment was one of Tyus’s proudest of her career.

After the 1968 Olympics, just 23 years old, Tyus retired. In the mid 1970s, she was one of the founding members of the Women’s Sports Foundation, which set out to increase the participation of women in sports. Tyus also has traveled to Africa as a goodwill ambassador. To this day, she remains dedicated to human rights activism and seeking ways to enable the change that she believes is needed in the world today.

Her continued activism reminds Tyus of her childhood football games telling kids that they may only call her by her name: Wyomia Tyus. A name that those neighborhood kids surely did not forget.