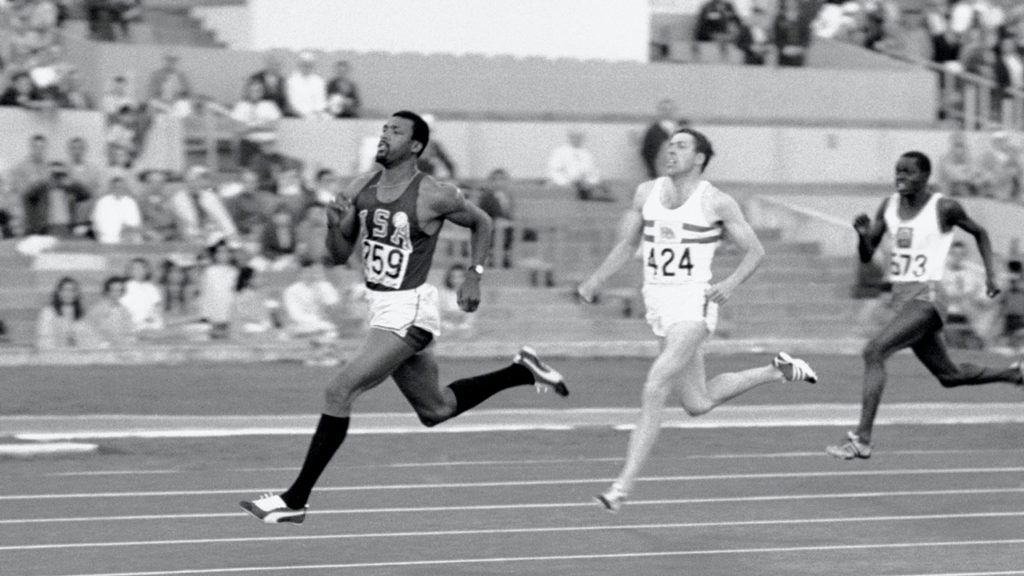 John Carlos: Not content to just plant a seed

Once ostracized for having the courage to stand for his beliefs, half a century later track star John Carlos has embraced his role as a survivor.

John Carlos was elated upon learning that he would be inducted into the U.S. Olympic & Paralympic Hall of Fame.

“This is an honor I never thought I’d see,” Carlos said. “I’m just grateful to come home to the world of track and field. It’s where I belong.”

He has been called “the world’s fastest humanitarian” and his life matches this lofty title. The pure, unalloyed speed that Carlos displayed on the track speaks for itself. In addition to his iconic 200-meter bronze medal at the Mexico City 1968 Olympic Games, Carlos led “Sp໭ City” — San Jose State University — to the 1969 NCAA men’s track and field title. Along the way, Carlos tied or set world records in the 100-yard and 200-meter dash (although his 200-meter time was not certified.)

But Carlos’ quicksilver ability on the track is not the reason why he has been recognized with statues at San Jose State as well as the Smithsonian National Museum of African American History and Culture in Washington D.C. This is where the humanitarian part of his story kicks in.

At great personal sacrifice, Carlos, along with gold medalist and fellow inductee Tommie Smith, raised his fist on the Medal Podium while the Star Spangled Banner played following their medal ceremony, creating perhaps the most iconic image in Olympic, if not sports, history. Alongside was silver medalist, the Australian Peter Norman, who stood in solidarity with their actions, an Olympic Project for Human Rights button pinned to his chest in a show of support for his fellow medalists.

John Carlos and Tommie Smith did more than raise their fists. They also didn’t wear shoes to protest poverty. They wore beads and scarves to symbolize the history of lynching in this country. Carlos, and this is little known, wore his jacket zipped open, a violation of Olympic protocol, a black T-shirt underneath, as a symbol of connection to his working buddies back home in Harlem, New York.

These two men were more than a moment. They were part of a movement called the Olympic Project for Human Rights, which aimed to shine a light on injustice in the world both on and off the field of play. In particular, Carlos and Smith raised their fists and voices around issues that today seem obvious but in 1968 were ahead of their time. They wanted apartheid countries like South Africa and Rhodesia disinvited from the games. They wanted more Black American coaches hired. They wanted Avery Brundage, the head of the International Olympic Committee, removed from his position of power. They also said that this was a “power to the people” movement for everyone, Olympians or not. They said, “Why should we run in Mexico City only to crawl home?”

In other words, they were ahead of their times.

As for John Carlos, he joined the Olympic Project for Human Rights for many reasons. It dated back to his inability to follow his initial dream of becoming an Olympic swimmer because of an absence of pools that Black people could access in New York City. His feelings of needing to resist continued when he starred on the track team in the segregated town that was home to his first college, East Texas State University. He had seen and felt injustice and when the Olympic Project for Human Rights – which began at San Jose State, where Carlos had enrolled after one year at East Texas State — came calling, he answered the door.

The protest had immediate repercussions. Brundage ordered Carlos and Smith to be immediately expelled from Olympic Village and the two sprinters, mere hours after their triumph, felt compelled to leave the country. A lie was spread, lasting decades, that they had their medals seized. Members of the media lambasted their character. The pressure of the ensuing ostracization and joblessness suffered by them and felt by their families is beyond description.

Carlos became a pariah, in the wilderness for decades. Thirty-five years afterward, Carlos said, “I don’t feel embraced, I feel like a survivor, like I survived cancer. It’s like if you are sick and no one wants to be around you, and when you’re well everyone who thought you would go down for good doesn’t even want to make eye contact. It was almost like we were on a deserted island. That’s where Tommie Smith and John Carlos were. But we survived.”

One of the ways that Carlos survived and cared for his family was to live in anonymity in Southern California and work as a guidance counselor for two decades. He helped hundreds of children and teenagers who had no idea about his Olympic past.

He also, by surviving, was able to live long enough to see a new generation of athletes pick up the mantle of protest. First there were the statues of recognition at San Jose State — statues that were only built after a movement by student activists to make it happen. Then ESPN presented Carlos and Smith its Arthur Ashe Courage Award. Slowly, a re-embrace and re-evaluation of their protest was taking place. This accelerated as Carlos began speaking about his experience around the country, connecting his past with the present.

Now as athletes are using their platform in ways like never before, Carlos’ story has returned to an even greater degree. Athletes from LeBron James to Colin Kaepernick have recognized that they stand on the shoulders of giants and John Carlos is assuredly one of those giants.

“Maybe I was a gardener or horticulturist or someone that tilled the earth, planted the seeds, watered the garden, and what you see in these young individuals is the fruit of my labor,” Carlos said. “They understood what happened at that particular time, they used the slide rule to see whether we have really progressed in this nation as a race of people and they feel that we can go farther and we’re pushing the ball up the road to get there.”

But Carlos has not been content to relax in the warmth of this re-embrace, showing that he is much more than just “a horticulturist” content to let the seeds planted in the past be his legacy. Carlos used his stature to stand up on a host of social issues ranging from the death penalty to the Black Lives Matter movement and more.

Dave Zirin is the sports editor at The Nation magazine. He is the author of 10 books on the politics of sports including The John Carlos Story: The Sports Moment That Changed The World.