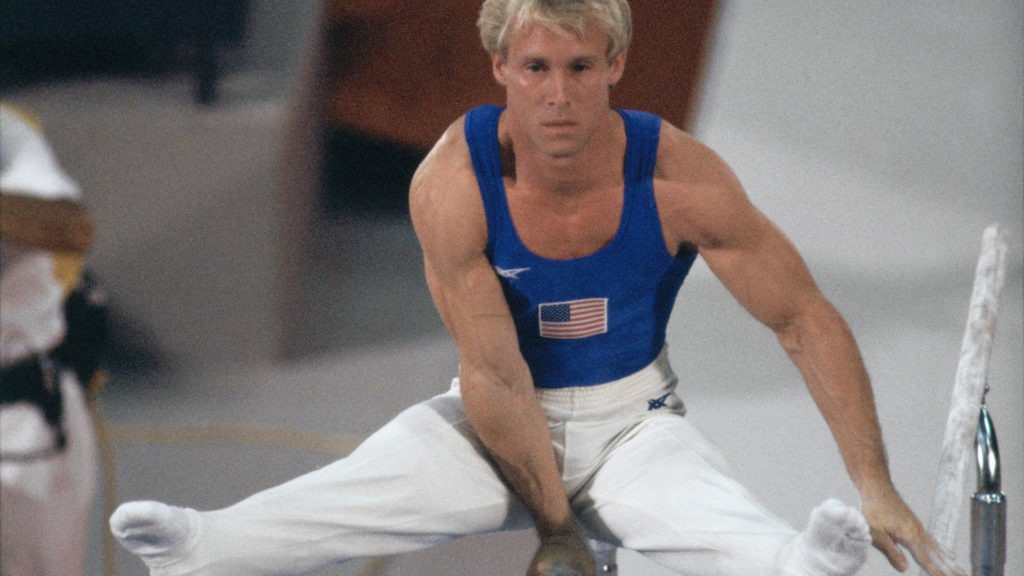 As a gymnast, Bart Conner was used to situations beyond his control

Stunned by the announcement of the 1980 boycott, he won two gold medals at the Los Angeles 1984 Olympic Games

Several months before the Moscow 1980 Olympic Games, Bart Conner and other elite U.S. athletes received an invitation to meet with President Jimmy Carter. They traveled to Washington to visit the White House.

Connor seemed like a natural fit to be included in the meeting. He was the world champion on the parallel bars and a member of the 1976 U.S. Olympic Team, poised to make the 1980 U.S. Olympic Team as well.

Alhough he did not feel well-versed on the political climate of the time, Conner was aware that the Soviet Union had invaded Afghanistan and that it was possible the U.S. would boycott the Moscow Games in protest. Still, as he walked into the East Room of the White House on March 21, 1980, Conner didn’t think a boycott would actually occur.

Conner was under the impression that President Carter only would be discussing the idea with athletes and U.S. Olympic Committee members. However, as Carter began talking about U.S.-Soviet relations, the purpose of the meeting became clear to Conner and the roughly 100 people in attendance.

“I can’t say at this moment what other nations will not go to the summer Olympics in Moscow,” Carter said, reading from a scripted statement that Conner has kept for 40 years. “Ours will not go. I say that not with any equivocation. The decision has been made.”

Conner was stunned. There was no conversation. Carter had made an announcement.

“That train had left the station long before we walked into that room,” Conner said. “There were lots of athletes there that were angry, mystified.”

The nature of gymnastics, with its subjective judging and focus on individual performance, already had taught Conner there would be situations out of his control. The U.S. boycott of the Moscow Games confirmed it.

“To me, maybe the lesson I’ve learned is work like crazy to manage the things that you do have an impact over,” Conner said 40 years after the boycott.

Although the U.S. would boycott the Moscow Games, it was decided to still hold the 1980 U.S. Olympic Trials and name the team for men’s gymnastics. Conner finished first in the individual all-around but tore his bicep while competing on the rings.

The injury would have prevented him from competing at Moscow even if the U.S. somehow reversed its decision to boycott. Instead, Conner changed his mindset to focus on the Los Angeles 1984 Olympic Games.

“In some ways, I immediately shifted gears and said, ‘Okay, this isn’t what I wanted, but this is what it is, and I got time to get better,’ ” he said.

Most Americans couldn’t watch the Games live, as U.S. rightsholder NBC did not to broadcast live footage of the events from Moscow. Conner, however, was one of the few Americans able to watch the Games as they happened. Hired by NBC as a gymnastics commentator, he flew to New York City to be a part of the broadcast and watched the events unfold live before recording commentary.

“Having been injured, I was already psychologically well removed from it,” Conner said. “It wasn’t like I was sitting there thinking ‘Oh, I wish I was over there’ because I’m sitting there in a sling knowing I can’t be over there.”

After his bicep healed, Conner returned to training only to suffer a second bicep tear just before 1984 Olympic Trials. Still, he made the team and at the Los Angeles Games, Conner won two gold medals, scoring a perfect 10 on the parallel bars and leading Team USA to its first gold medal in the team all-around competition in 80 years. Both Conner and the 1984 U.S. Men’s Gymnastics Team would later be inducted into the U.S. Olympic & Paralympic Hall of Fame.

Following his retirement from competition, Conner and his manager and former coach Paul Ziert eventually opened the Bart Conner Gymnastics Academy in Norman, Oklahoma, in 1992.

Until the 2020 coronavirus pandemic closed Conner’s gym to the public, 2020 U.S. Olympic Team hopefuls Colin Van Wicklen and Yul Moldauer worked out there. When news broke that the Tokyo 2020 Olympic Games had been postponed, Conner asked Van Wicklen and Moldauer how they felt. He was impressed by their responses.

“You know what? It’s not what we wanted, but we got a year to get better,” they told him.

Van Wicklen and Moldauer’s words reflected Conner’s thoughts from 40 years before. The circumstances were out of the athletes’ control, but the hopefuls would work an extra year to make it to the Tokyo Games, even if it’s behind schedule.

While the prospective 2020 Olympians and Paralympians have to wait an extra year for the rescheduled Tokyo Games, Conner and the other 1980 U.S. Olympians waited four years for a chance to compete; some went on to compete at Los Angeles 1984, but others never competed in the Olympics.

“You could be angry about it,” Conner said. “But it wasn’t going to change the situation.”

Augusta Stone is a student in the Grady Sports Media program at the University of Georgia, which partnered with the U.S. Olympic & Paralympic Museum to produce content during the 2020 spring semester.