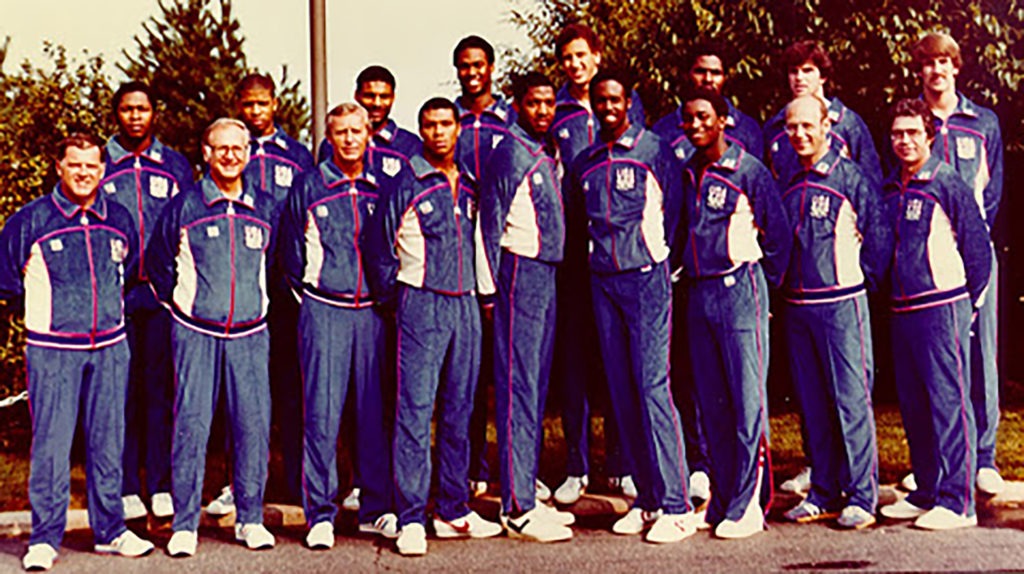 The star point guard went on to be one of the NBA’s all-time great players, but he was selected to the U.S. Olympic Team only in 1980

Before embarking on a professional career that would lead to his enshrinement in the Naismith Memorial Basketball Hall of Fame, Isiah Thomas was a member of the U.S. Men’s Basketball Team. At 18, Thomas not only was the youngest player on Team USA, he also was the only player on the team yet to graduate from high school as it competed in the Pan American Games in 1979.

His play, though, blended in with the rest of the team.

Thomas tied University of North Carolina forward Mike O’Koren for the most assists on the team as the U.S. won all nine of its games, beating host Puerto Rico, 113-94, in the gold-medal game. The players returned to school that fall, with an eye toward the team getting back together the following summer for the Moscow 1980 Olympic Games.

Wrestler Lee Kemp was devastated to never compete in the Olympics.

Several months later, though, on March 21, 1980, President Jimmy Carter announced that the United States would boycott the Moscow Games to protest the Soviet Union’s invasion of Afghanistan.

Disappointment, for Thomas, was an understatement. Later that year, he was named the USA Basketball Male Athlete of the Year for 1980 – which he called “the greatest honor I had ever received at that time” – but it paled in comparison to not being able to participate in the Olympics.

The players had gone through the U.S. Olympic trials, the team had been selected and practiced together multiple times. All of this preparation became obsolete as the team learned of Carter’s announcement.

“The chance to compete in the Olympics was not only a chance to represent our country, but a chance to play for each other, too,” Thomas said. “We realized that some of us on the team might never get [the chance at the Olympics] again.”

That would, in fact, be the last Olympic opportunity for Thomas. While professional players began competing in the Olympics in 1992 – when the U.S. sent the Dream Team to Barcelona – Thomas was not selected again.

With the news that the Tokyo 2020 Olympic Games were postponed due to COVID-19, many Olympic athletes saw their dreams put on hold for a year.

Thomas said he wants young athletes competing for the first time to know that he understands their situation. He believes that nothing can replace the competing in Olympic Games.

Getting to experience playing for America in the Pan Am Games gave Thomas a glimpse into that coveted Olympic feeling.

“There’s nothing like standing on that arena or stage with the national anthem playing and an entire country behind you,” Thomas said. “I just want to offer comfort for these athletes questioning if they’ll be able to compete.”

Hall of Fame gymnast Bart Conner was used to dealing with situations beyond his control..

In addition to the high level of competition at the Olympics, Thomas has high regard for the opportunity to meet people from different parts of the world face-to-face. He said he has been “very blessed” to have experienced different cultures and wants young athletes to have these same experiences.

Thomas said he wants one thing for the athletes who had hoped to compete at Tokyo 2020: That missing the chance to compete in the Olympic and Paralympic Games not be the void in their athletic careers.

“Not being able to compete in the Olympics is the one missing piece from my resume,” Thomas said. “I don’t want these future (Olympic) athletes to not have that chance.”

Zach Miles a student in the Grady Sports Media program at the University of Georgia, which partnered with the U.S. Olympic & Paralympic Museum to produce content during the 2020 spring semester.