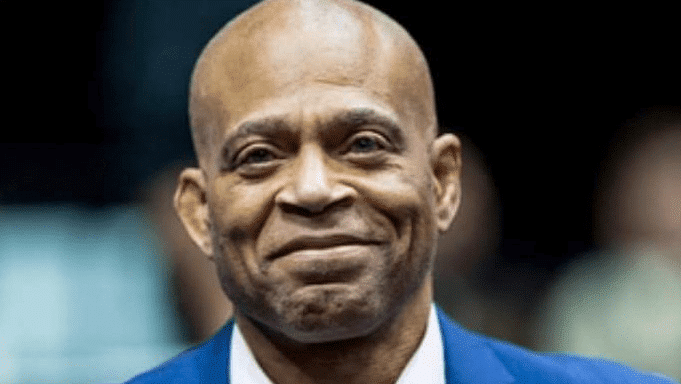 Wrestler Lee Kemp was devastated by the 1980 boycott

Though he won three world championships, he never wrestled in the Olympics

Wrestler Lee Kemp hunkered down in the weight room in the spring of 1980, training for the Moscow 1980 Olympic Games. While rumors swirled regarding a potential U.S. boycott, Lee stayed focused, in line with his mentor’s advice.

But this was news Kemp could not ignore. Over the weight room radio came a statement from President Jimmy Carter, announcing the United States would boycott the Moscow Games.

“I was devastated,” Kemp said.

Hall of Fame gymnast Bart Conner was used to dealing with situations beyond his control.

Originally from Cleveland, Kemp had spent his entire life training for this moment. He dominated his weight class throughout college at the University of Wisconsin. He would have been the prohibitive favorite in Moscow.

“It was a selfish reason,” he said of the boycott.

Kemp strongly disagreed with the idea of using the Moscow Games as a political play for Carter’s Cold War agenda. A goal of Kemp’s, since he began wrestling, had been swept away. Kemp won three world titles, but never realized his dream of competing in the Olympics.

“We’re supposed to trust our government,” he said. “I was so confused as to why we couldn’t go to a sporting event.”

Kemp began wrestling in high school. He tried to play basketball and football, but he could never get substantial playing time. As a result, and thanks to his gym teacher, he found his way into wrestling.

“I liked the idea of playing a sport where a coach couldn’t dictate my playing time, pull me out,” he said. “I just wanted to do something where I could actually compete.”

Basketball player Jill Rankin Schneider retired after the boycott and channeled her focus toward coaching.

A self-proclaimed “average wrestler” at first, Kemp made impressive strides in his third year of wrestling. He went undefeated and won an Ohio high school state championship.

“It reveals the true potential of the human mind when you focus on one thing,” he said. “It probably could’ve been something else, it just happened to be wrestling.”

It was something he referred to as a perfect storm, between him and the sport of wrestling.

“With other sports, you can do it without investing 100 percent of your being,” he said. “Wrestling’s a fire, an inferno, you can’t do that passively.”

But Kemp’s eyes were always on the prize.

“I always knew I wanted to be an Olympic champion,” he said.

He qualified for the 1980 U.S. Olympic Trials shortly after graduating from college.

“Training was three times a day,” he said. “A run or lift in the morning, wrestling workouts with teammates in the middle of the day and another run or drill session at night.”

Kemp tallied six to seven hours of workouts per day.

“I was so devastated, I didn’t even go to the Olympic trials,” he said. While the U.S. decided to boycott the Moscow Games, the decision was made to still hold team trials.

Kemp had a change of heart shortly after speaking to his coach at the University of Wisconsin, Duane Kleven, who noted that Kemp’s chief rival – Dave Schultz – would be taking his spot.

Although Schultz would become a seven-time world and Olympic medalist, Kemp was sure he was the better of the two.

Kemp suddenly had a fire lit under him. He received a special exception that allowed him to try out after the Trials were complete. Kemp earned the spot.

He would not be as fortunate four years later. This time, Schultz beat him out for the spot on the U.S. Olympic Wrestling Team for the Los Angeles 1984 Olympic Games. Schultz won gold; Kemp was despondent.

Even though he never competed in the Olympics as an athlete, Kemp did get to go to the Beijing 2008 Olympic Games as a freestyle wrestling coach for the U.S. team. The experience was everything Kemp hoped it would be. One of his wrestlers, Henry Cejudo, won gold. A documentary about Kemp, Wrestled Away: The Lee Kemp Story, was released in fall 2019.

However, nothing, including that, could really make up for what happened in 1980.

“I had one chance,” he said. “It was something taken away from me that I can never get back.”

Nick Finch is a student in the Grady Sports Media program at the University of Georgia, which partnered with the U.S. Olympic & Paralympic Museum to produce content during the 2020 spring semester.