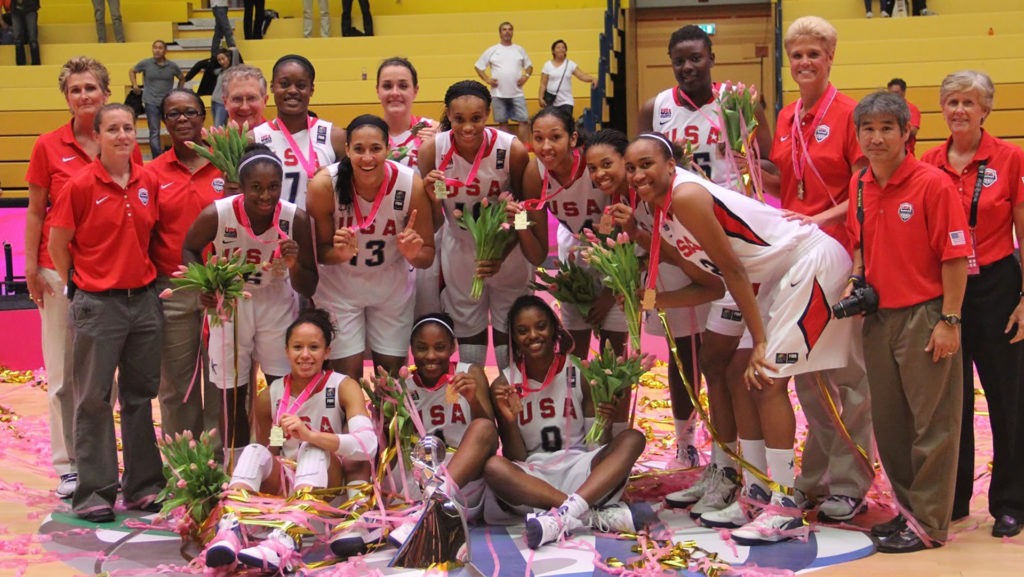 After the boycott, Jill Rankin Schneider turned to the sideline

In her 23rd year teaching math and coaching girls basketball at Monterey High School in Lubbock, Texas, Jill Rankin Schneider had to transition to online instruction due to the COVID-19 pandemic.

The sudden change to her life was similar to another event that happened 40 years ago.

Leading up to the Moscow 1980 Olympic Games, Schneider had built quite the basketball resume.

She was a two-time collegiate All-American and led her teams to two Final Four appearances, on a short list of players to do so with two different universities.

Despite her success as a center for Wayland Baptist University and the University of Tennessee, Schneider had never imagined that representing the United States in the Olympic Games was feasible.

“I never really considered that would be possible for me like it wasn’t a goal,” Schneider said. “Because back in that day … the Olympics were just like, bigger than life.”

Not only did Schneider make the team, she was selected co-captain for the 1980 U.S. Olympic Women’s Basketball Team. But she already had an idea that she might not get the chance to represent her country in Moscow.

“We had an awareness that [the boycott] was being considered as an option when we were trying out,” Schneider said. “And it wasn’t long after they actually named our team that that decision was made.”

Later that year, Schneider was drafted by the New Orleans Pride of the Women’s Professional Basketball League. But, partly due to the boycott, Schneider decided to hang up her sneakers and retire from playing basketball while still in her prime. (The WPBL folded the following year.)

“I didn’t have any intention of playing at the pro level,” Schneider said. “When the Olympic boycott was announced in 1980, well, then all the rumble started talking about well when the Olympics were in 1984, they were going to boycott us back. And I was going, ‘Man, what’s the point?’

“I had no desire to try and stick around for the ‘84 Olympics.”

Following the boycott, Schneider was unsure what she wanted to do next. She worked briefly as a radio commentator for Tennessee Lady Volunteers basketball and was also a graduate assistant for a year under Coach Pat Summitt, who was an assistant coach on the 1980 U.S. Olympic Team.

In 1981, much to Schneider’s surprise, renowned University of Texas Coach Jody Conradt offered Schneider a job as an assistant coach.

“I was just dumbfounded,” Schneider said. “I think Jody Conradt really kind of gave me an opportunity that set me on a coaching path, really, for the rest of my career.”

After a five-year tenure with the Longhorns that included a 34-0 season and an NCAA championship in 1986, Schneider elected to start a new chapter in her life.

“I wanted multiple children and I wanted to be home to be their mom,” said Schneider, whose three children all played college athletics. “I just fell in love with high school coaching. I have been asked many times why I didn’t try to get back into college coaching and I just never had a desire to.”

Her time as strictly a high school coach did not last forever, however. Carol Callan, USA Basketball’s women’s national team director, offered her a new opportunity in 2011: coaching the 16-and-under national team.

“I mean, I didn’t even hesitate,” Schneider said.

Schneider led the U.S. to gold in the 2011 FIBA Americas Under-16 Championship for Women. She found similar success the following year, guiding the team to gold in the 2012 FIBA Under-17 world championship. She was named the USA Basketball Developmental Coach of the Year both years.

Although she never got her chance to showcase her playing talent to the world at the Moscow 1980 Olympic Games, Schneider relishes her journey.

“I’ve never questioned any step along the way,” Schneider said. “Wherever I’ve ever taken a job or coached a team or experienced at any level.

“I’ve been very fortunate, so yeah, I don’t think I would change anything.”

Jose Chavez is a student in the Grady Sports Media program at the University of Georgia, which partnered with the U.S. Olympic & Paralympic Museum to produce content during the 2020 spring semester.

The U.S. Olympic & Paralympic Museum offers a timeless experience by capturing the history of Team USA at the Olympic and Paralympic Games, as well as the hopes and dreams of future generations.
ABOUT US
Menu
<div class="elementor-element elementor-element-f278ffd elementor-na