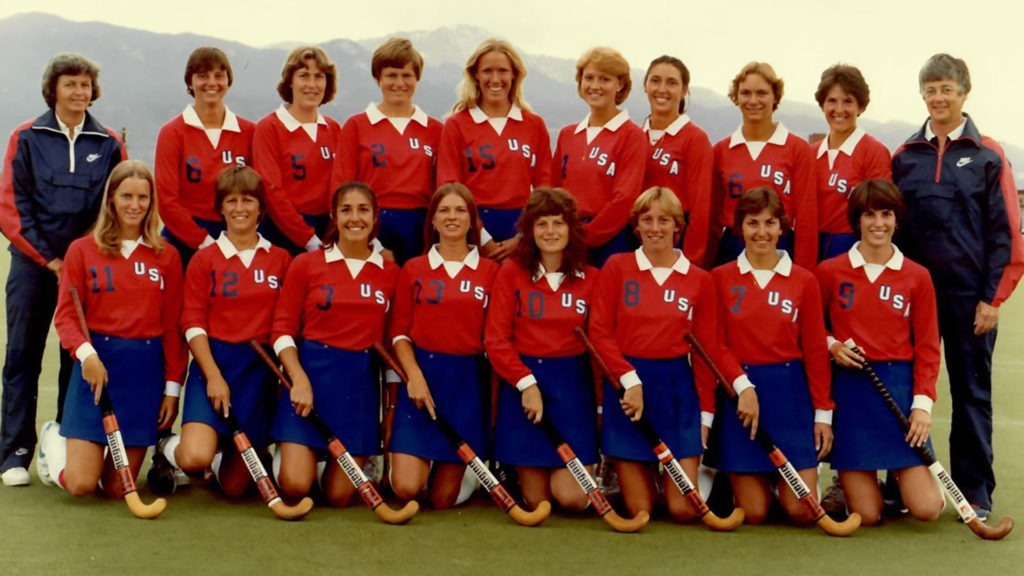 As the captain of the 1980 U.S. Women’s Field Hockey Team, Julie Staver felt she had to step up as a new type of leader when President Jimmy Carter announced the United States would boycott the Moscow 1980 Olympic Games.

“The worst thing I then had to do was call my teammates to tell everyone that it was definite,” Staver said. “It was final. We weren’t going.”

The Moscow Games marked the first time that women’s field hockey was an Olympic sport. Staver also planned for it to be her last competition.

Staver tried to be a positive force and supportive crutch to hold everyone together as her teammates’ had mixed feelings about the boycott.

Some of the team’s older players were aware they might not have another chance to play in an Olympic Games. All the players knew any coaching changes could affect their spots on the roster.

“I tried to keep it so that wasn’t a big discussion all the time,” Staver said. “You could tear the whole team unity apart because of it.”

The U.S. team had shown stellar improvement through the 1970s. The goal became to qualify for the Moscow Games and be a part of the inaugural Olympic tournament. The U.S. placed third at world championships in 1979 – at that time its highest finish ever – earning a berth in the Olympics.

Staver planned to retire from field hockey after 1980 and focus on graduate school. The Olympic boycott led Staver to back off her sport, and she began to concentrate on fulfilling another dream — becoming a veterinarian.

“You just learn to rearrange and regroup,” Staver said. “You realize how important this is to you. Can you keep doing this? Do you change your mind? Do you just say, ‘I can’t do this anymore?’”

Staver did return to field hockey after she finished her education.

Staver’s dean and classmates at the University of Pennsylvania School of Veterinary Medicine were “profoundly supportive” when she started missing weeks of school for field hockey, she said. Staver missed her 1982 veterinary school graduation while playing overseas. A classmate invited Staver’s parents to the ceremony.

“You just need a lot of really good people around you to help you,” she said. “That makes a huge difference.”

Staver made her way back onto the U.S. Women’s Field Hockey Team and served as a co-captain at the Los Angeles 1984 Olympic Games. She started at midfield and the team won the bronze medal.

While athletes can usually train harder to improve their situations, her experience in 1980 taught Staver how to confront the uncontrollable.

Like other members of the 1980 U.S. Olympic Team, Staver has a unique understanding for athletes who will have to wait until next year for the Tokyo Games.

“I have great empathy for those who are trying to compete now,” Staver said.

“You begin appreciating every moment, every game and just loving the whole thing,” she said. “Even if you didn’t do as well as you wanted to — just being grateful that you got a chance.”

Gillian McIntyre is a student in the Grady Sports Media program at the University of Georgia, which partnered with the U.S. Olympic & Paralympic Museum to produce content during the 2020 spring semester.