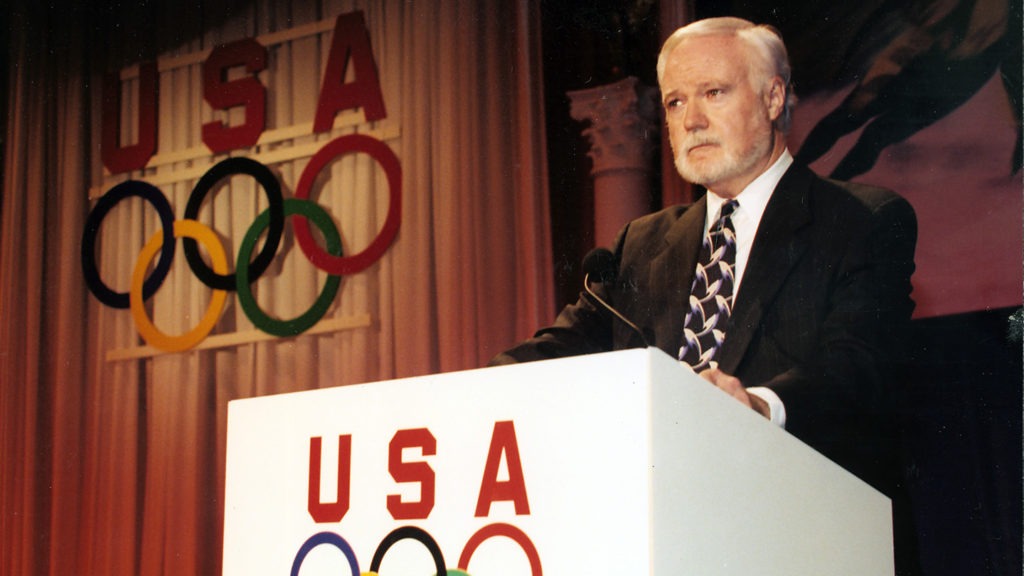 Mike Moran, a communications pioneer in the U.S. Olympic Movement, passed away on Tuesday, July 7. He was 78 years old.

“There was no more passionate, eloquent or effective advocate for and defender of the U.S. Olympic Committee, the Olympic athletes and Colorado Springs,” said U.S. Olympic & Paralympic Museum Chairman of the Board Dave Ogrean, who met Moran when both were newcomers to Colorado Springs in 1978. “It was his life, really. His life and his blood was the American Olympic Movement.”

Moran’s tenure at the USOC coincided with a series of front-page stories, including the Miracle on Ice gold-medal victory at Lake Placid, the U.S. boycott of the Moscow 1980 Olympic Games and the controversy involving Nancy Kerrigan and Tonya Harding at the Lillehammer 1994 Olympic Winter Games.

Behind the scenes, Moran’s management shaped the way U.S. Olympic sports presented the athletes, their stories and their history as he worked with the media. Previously, few national governing bodies had communications employees. But starting with the National Sports Festival in 1981, Moran turned to his former colleagues in collegiate athletic departments and enlisted their assistance, which led to a change in the way athletes were presented to the media, increasing coverage.

“He was as effective as anybody has ever been in dealing with, helping, advocating for and managing the media,” Ogrean said.

“Mike’s passing just left a huge void in the Olympic Movement,” said Bob Condron, retired USOC director of media services and operations. “He was ‘The Library’ when it came to what has happened in the history of the U.S. Olympic Committee and that knowledge will go with Mike.”

After leaving the USOC in 2003, Moran worked as a senior media consultant. He worked on the bid to bring the Olympic Games to New York City in 2012 – which was ultimately awarded to London – and also spent much of his time working with the Colorado Springs Sports Corporation. Moran was a sought-after keynote speaker and event emcee, regaled for the ability to retell stories of the athletes and teams that he worked alongside.

In 2002, the USOC honored Moran with its highest award, the General Douglas MacArthur Award. That same year, Moran was inducted into the College Sports Information Directors’ Hall of Fame.

Moran was inducted into the Colorado Springs Sports Hall of Fame in 2005 and the following year received the 2006 Distinguished Service Award from the United States Sports Academy.

“Mike was a most knowledgeable, articulate and elegant spokesman for sport,” said William J. Hybl, who served two terms as USOC president. “His commitment was to many sports, however the USPOC certainly is much better understood because of his tenure.  He will be greatly missed for his regular emails, commentary and historical perspective.”