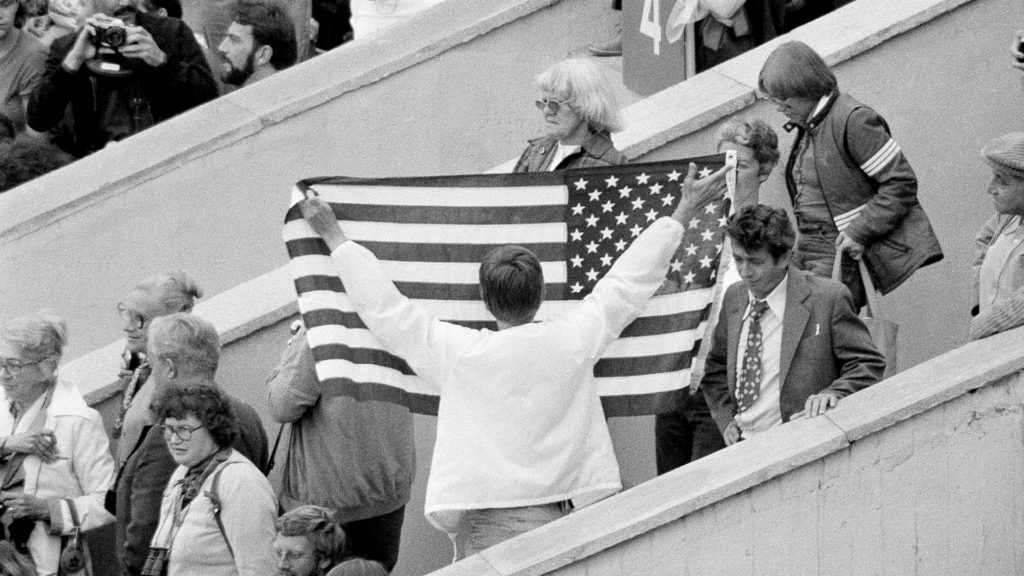 40 years later: Finding comfort in talking about the Moscow 1980 boycott

As the 40th anniversary of his could-have-been Olympic moment approaches, swimmer Craig Beardsley finds comfort in talking about his situation.

One of the best swimmers in the world at the time, Beardsley would have been one of the favorites in the 200-meter butterfly at the Moscow 1980 Olympic Games. His athletic career was peaking. Beardsley had won the gold medal at the 1979 Pan American Games.

But Beardsley – and so many other elite American athletes of his generation – never competed in the Olympic Games. On March 21, 1980, U.S. President Jimmy Carter announced that the country would boycott the Moscow Games.

“We didn’t know what that meant. Would we march around with signs?” Beardsley said. “There was always a weird sense of hope – there was no way they’ll let this happen.”

Coming on the heels of the 1980 U.S. Olympic Men’s Ice Hockey Team’s stunning Miracle on Ice at Lake Placid that stoked patriotic feelings, not sending a delegation to the Moscow Games prevented Beardsley and others from having their opportunity to compete. Instead, the athletes were presented the Congressional Gold Medal during a White House visit that summer.

It was a sequence of events that the athletes will remember for a lifetime. Beardsley set a new world record in the 200 butterfly later that summer and finished his college swimming career at the University of Florida before narrowly missing qualifying for the Los Angeles 1984 Olympic Games.

Indeed, for the athletes of the 1980 U.S. Summer Olympic Team, there are two categories: those who had another chance to compete in an Olympic Games and those who did not.

That 1980 team likely would have been special; nine athletes already have been inducted into the U.S. Olympic & Paralympic Hall of Fame: Tracy Caulkins, Bart Conner, Rowdy Gaines, Carl Lewis, Greg Louganis, Mary T. Meagher, Edwin Moses, J. Michael Plumb and Peter Vidmar. Of course, other athletes likely would have made their own names had the team competed in Moscow.

“It’s one of those things that is heartbreaking,” said swimmer John Moffet, who made the 1984 U.S. Olympic Team. “There are people that would have been household names and didn’t become household names. It’s that shot at immortality. So many people have dreams of doing that and much fewer have the ability to pursue that. To have that taken away, you can’t come to terms with it.”

Moffet was just 15 years old when he was on track to be one of the favorites in Moscow. Forty years later, he still vividly remembers the day of the boycott announcement, during the 1980 Indoor Nationals at the University of Texas. Moffet was not competing that day, instead joining his father to watch from the stands.

As the final words of the Star-Spangled Banner played prior to the meet, Cliff Moffet turned and leaned a bit closer so that he could whisper to his son.

“It did, but I didn’t understand it completely because I was so young,” Moffet said now, looking back. “These opportunities are lightning in a bottle and are so rare. I had another chance in 1984 and others didn’t have that opportunity and for them it was quite heartbreaking. For those who didn’t compete on their own terms, I think it’s a different level of a life-changing event at that point.

“It’s one of those crummy things in life. … There’s no reason to justify it. That’s the way I reason it. The people who only made 1980 didn’t have a chance to change the trajectory of their lives.”

It took some time for Beardsley to get over the disappointment of not participating in the Olympics, but eventually he chose to move on. He says now that he is a moderate about most things and tries to find the positive in everything. Looking back, he noted that the members of the 1980 U.S. Summer Olympic Team were taken on a trip to China, a rare event for Americans at that time. In China, Beardsley said he had opportunity to meet several relatives from his mother’s side of the family that he otherwise never would have met.

“Over time and having a family, having kids – that changes people’s perspectives on life and you value things differently,” Beardsley said. “When you’re younger, everyone thinks a gold medal is the pinnacle of swimming – and it is. I was lucky enough to have a world record and no matter what, people could never take that away from me.

“Looking back at it now, I realize that if I had a gold medal it would probably be sitting in a sweatsock in a drawer someplace. Every medal I won, I gave to my parents. I wanted them to be a part of it. Neither of them are around, so I have the medals now. But it’s just a medal – it’s cool, a story you can share and maybe inspire some people. The swimming community has been my lifeline on numerous occasions. And the friendship and family I have with swimmers around the world is more important than any medal can mean to me. I’m sure I would not think like that 40 years ago, but I do now and have for a long time.”

Beardsley has remained active in swimming, as an assistant high school coach, YMCA head coach and with the nonprofit Swim Across America, for which he still works as director of partnerships.

He is occasionally asked about his own swimming career and said that talking about what took place is therapeutic.

“With everything that has happened along the way, one of the underlying feelings that we all have from the ’80 team is we don’t know our identity,” Beardsley said. “It is vague. The IOC doesn’t recognize us. The [USOPC] does. It’s not like I went to London and took eighth or won gold. It is not concrete or black and white. We’re in a vague area. In an interesting way, the press has given us validation for who we are because there is interest on the human side of it.

“This is a life lesson I learned – you can do everything possible to try to get to a certain goal, but no matter what you do sometimes things are just out of your control,” Beardsley said. “It’s life. People on our team had to learn the hard way. It’s all relative, but it’s a lesson that was really important, that stuff like this does happen and you have to come to terms with it, resolve it and move forward.”