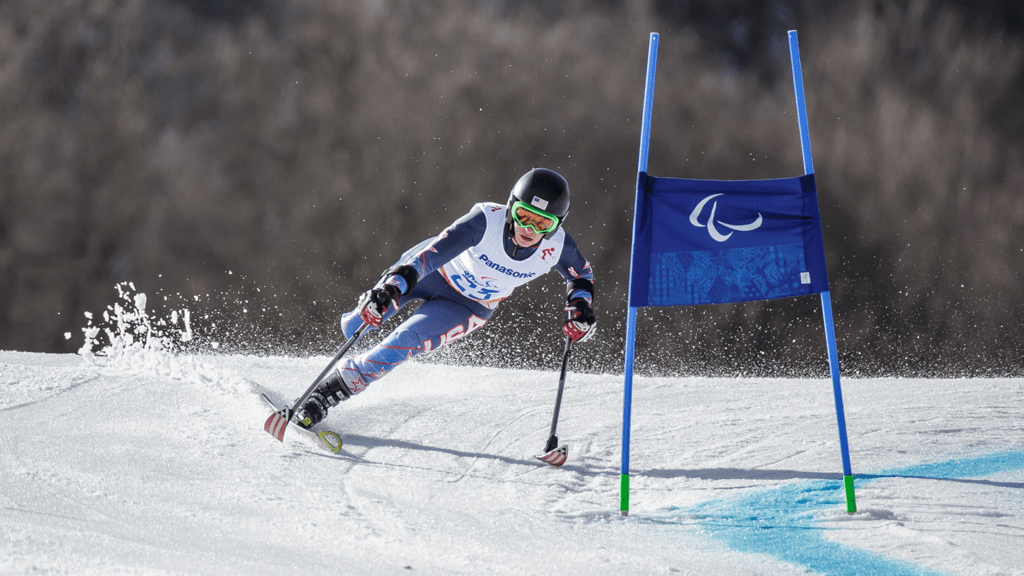 Jones was born without a right femur due to proximal femoral focal deficiency. She began using a prosthetic at only nine months old, a prosthetic that she would use for much more than walking.

Jones began skiing and cycling at a very young age. She excelled in both, making the U.S. Para Alpine Skiing Team at 16 and the U.S. Para-Cycling Team at 18. Jones made her Paralympic debut at Athens 2004 in cycling. Two years later, she competed at Torino, this time on the slopes in alpine skiing events, where she won gold in the slalom.

Jones competed at eight Paralympic Games in the two sports, winning eight medals in the process. With her gold in the individual road cycling time trial at London 2012, she became only  the second American woman in history to win gold medals at both the Summer and Winter Paralympic Games. Jones was elected as the flag bearer for the Rio 2016 Paralympic Opening Ceremony, her final Paralympic appearance.

In addition to her extensive athletic resume, Jones also holds a bachelor’s degree in mechanical engineering from the University of Denver. A stellar academic record earned her the Pioneer Award, the university’s most prestigious undergraduate honor.

She married Sara Jarrell, a bike mechanics aficionado who worked with Team USA at the London 2012 Paralympic Games, and continues to be a proud representative of the LGBTQ+ community within the organization. She was inducted into the Colorado Sports Hall of Fame in 2019.

Guests can also find Allison Jones in the USOPM’s Introduction to the Games gallery’s short film, Enduring Ideals. She, along with other Team USA Olympians and Paralympians, reflect on what the Olympic and Paralympic values (friendship, excellence and respect; determination, inspiration, courage and equality) mean to them on and off the field of play.

Allison and Sara live in Colorado Springs where Jones works as a motivational speaker. She is also pursuing a masters degree in prosthetics and orthotics.

The U.S. Olympic & Paralympic Museum offers a timeless experience by capturing the history of Team USA at the Olympic and Paralympic Games, as well as the hopes and dreams of future generations.
ABOUT US
Menu
<nav migration_allowed="1" migrated="0" role="navigation"