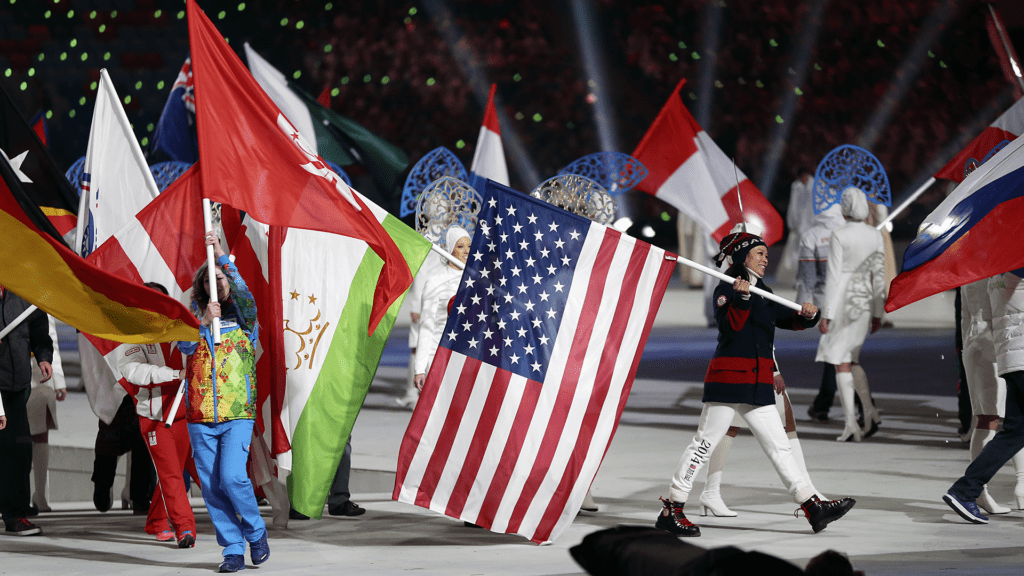 Four-time Olympic ice hockey phenom Julie Chu has been around the rink a few times. Not only is she a leader in her sport, but she is a pioneer for both women and Asian American athletes across the nation.

Born to a Chinese immigrant family, Chu tried a variety of sports before landing on ice hockey. She quickly excelled and participated in her first Olympics at the age of 20 in 2002, deferring her acceptance to Harvard in order to compete. Chu became the first Asian American woman to play for the U.S. Olympic ice hockey team and medaled with the team every year she competed, collecting an impressive three silver medals and one bronze. She was also the first Asian American to win an Olympic Winter medal in a sport other than figure skating. She is tied as the second most-decorated American female athlete in Olympics Winter Games history and was elected the closing ceremony flag bearer at the Sochi 2014 Olympic Winter Games.

The 1998 U.S. Women’s Hockey Team won Olympic gold and sparked the sport’s growth throughout the country

Her prowess extends beyond Team USA. Chu dominated during her collegiate career at Harvard. She became the all-time leading scorer and was awarded the Patty Kazmaier Memorial Award, which is given to the top female athlete in women’s collegiate ice hockey.

Following her Olympic career, Chu played professionally as well as coached at the University of Minnesota – Duluth, where she helped the team win an NCAA Division I Championship.

Chu lives with her wife, Caroline Ouellette, a long-time Canadian rival. Chu and Ouellette faced one another in three Olympic finals and in more than half a dozen world championships.

The U.S. Olympic & Paralympic Museum offers a timeless experience by capturing the history of Team USA at the Olympic and Paralympic Games, as well as the hopes and dreams of future generations.
ABOUT US
Menu
<span class="elemento