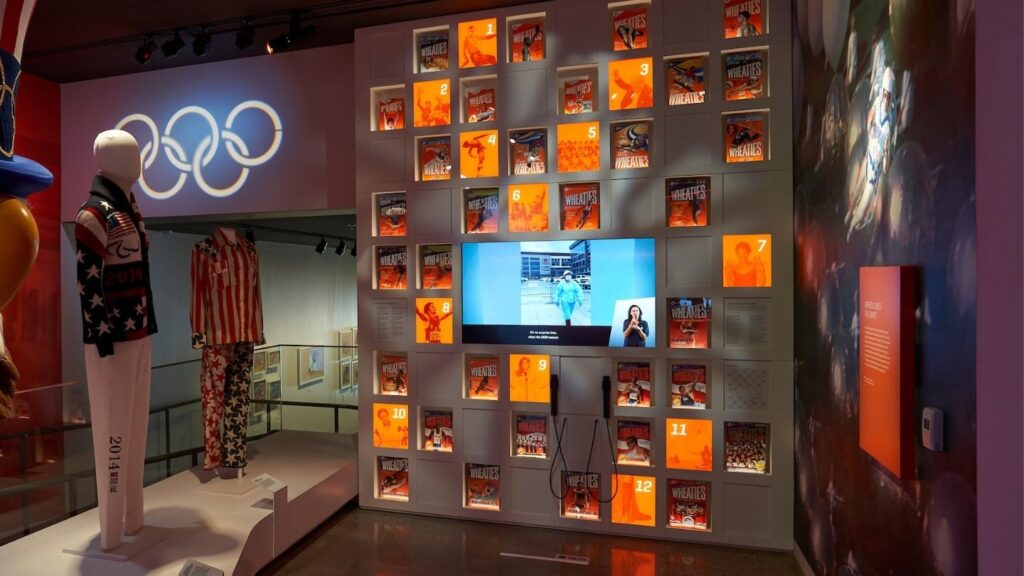 Olympians and Paralympians are the greatest athletes in their respective sports and are often recognized for it. One can find their photos occupying Hall of Fames, Museums, and “Greatest” lists and … on the front of a cereal box?

Wheaties has been honoring athletes for more than 80 years

The iconic orange Wheaties cereal box has been honoring athletes on their packaging for more than 80 years starting with baseball legend Lou Gehrig in 1934. Wheaties, then still an emerging cereal brand, sponsored radio broadcasts of the minor league baseball team, the Minneapolis Millers.

After Minnesota advertiser Knox Reeves penned the now famous slogan, “The Breakfast of Champions,” the cereal expanded its baseball broadcasting partnerships to over 100 different stations. Once Lou Gehrig appeared on the back of the box, numerous athletes began vying for a spot, and by the 1939 All-Star game, 46 out of the 51 players were endorsed by Wheaties.

The cereal quickly extended beyond baseball players and soon began including Olympic athletes. In 1935, track and field gold medalist, Babe Didrikson, became the first Olympian as well as the first female athlete to be featured. She was soon followed by Olympic diver Jane Fauntz and speedskater Kit Klein.

Since then, Olympians and Paralympians from all different sports have been honored. Caitlyn Jenner, who competed at Montreal 1976 as Bruce, was featured on the cover in 1977. Jenner’s cover remains one of the most valuable in the eyes of collectors, sometimes reaching $100s at auction.

There also exists an elite group of athletes who have made multiple Wheaties box appearances: Muhammad Ali has twice been featured, while Mary Lou Retton and Michael Phelps have both been featured three times. In 2018, Paralympic track and field great Doug Heir became the first Paralympian on the front of a Wheaties box.

Atlanta 1996 has had a strong showing on Wheaties with athletes including swimmers Tom Dolan and Amy Van Dyken, track and field stars Michael Johnson and Dan O’Brien, and the 1996 women’s gymnastics team.

Most recently, track and field legend, Tommie Smith, was honored on a limited-edition Wheaties box debuting in April 2021.

See the collection of Wheaties boxes on display

The Wheaties box remains a major icon/iconic symbol of the cultural impact of the Olympic and Paralympics. The Museum’s collection of Wheaties boxes is rightfully on display in our World Watches gallery.

The U.S. Olympic & Paralympic Museum offers a timeless experience by capturing the history of Team USA at the Olympic and Paralympic Games, as well as the hopes and dreams of future generations.
ABOUT US
Menu
<i aria-hidden="true" role="presentation" class="elemen