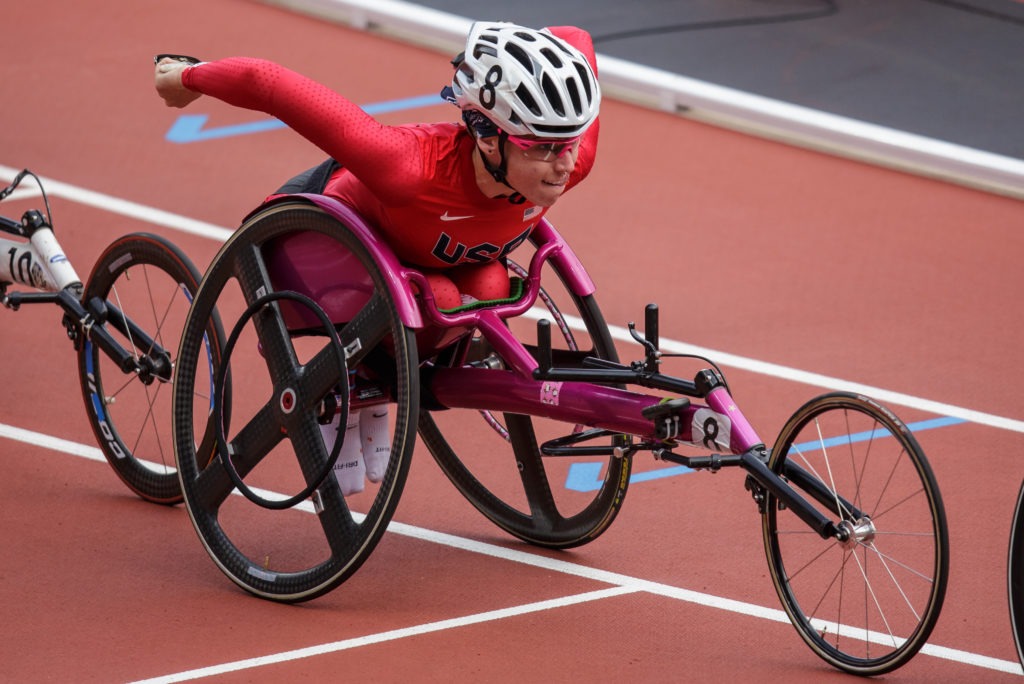 Amanda McGrory was just five years old when a rare virus left her paralyzed from the waist down. She long battled depression. It was a trip to an overnight camp for children with disabilities and the later discovery of wheelchair sports that rejuvenated McGrory.

She eventually attended the University of Illinois on an athletic scholarship, playing basketball and racing track, and has since become one of the world’s top wheelchair racers.

McGrory is a three-time Paralympian and eight-time Paralympic medalist. She also took her degree from Illinois, in library and information science, and works as the archives and collections curator for the U.S. Olympic & Paralympic Committee while continuing to train.

McGrory has enjoyed success at several distances. She won the New York City Marathon in 2006, her first appearance in that event; five years later, she broke the event record by more than 2 ½ minutes. At the Beijing 2008 Paralympic Games, McGrory won the gold medal in the 5000m, silver in the marathon and bronze in the 800 and 4×100 relay. At Rio 2016, she won the silver in the 1500 and bronze in the marathon and 5000.