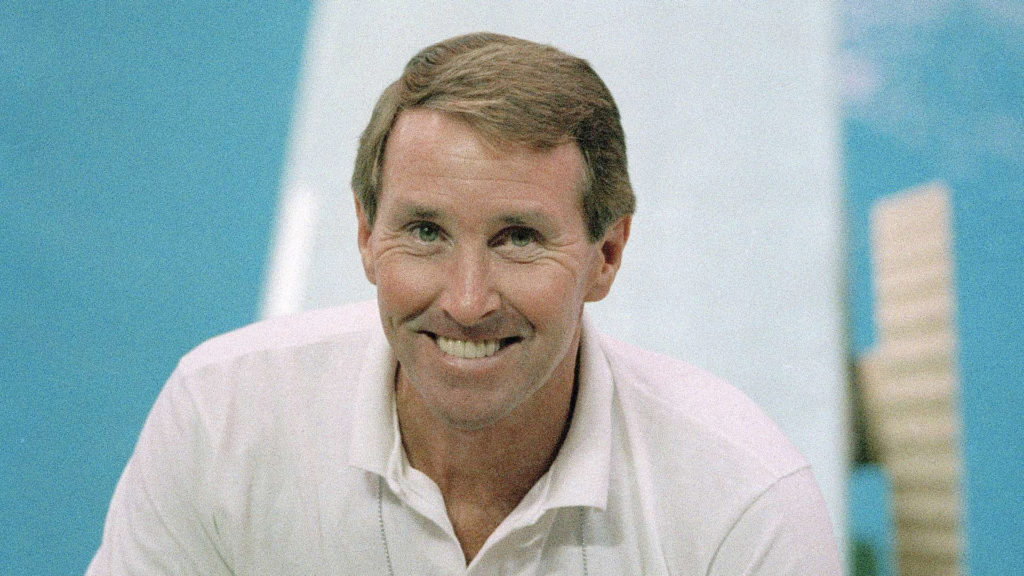 Ron O’Brien: Making an impact in and out of the pool

After failing to make the U.S. Diving Team for the Rome 1960 Olympic Games, Ron O’Brien became one of the greatest diving coaches of all time.

Having won an NCAA diving championship, Ohio State University standout Ron O’Brien set his sights on making the U.S. Olympic Team for the Rome 1960 Olympic Games. However, at the Olympic Trials, O’Brien finished third. Since the International Olympic Committee permitted just two divers from a country, O’Brien did not make the team.

Not that in any way ended his career. In fact, this served as an impetus as O’Brien forged ahead.

“That was a real growing up process for me,’’ O’Brien said. “And I decided at that point — actually I think it was that day — that I really wanted to be a coach. And I was going to help other people make the team.’’

After serving in the National Guard, O’Brien coached at the University of Minnesota for one year, then returned to his alma mater and guided the Buckeyes from 1964 to 1978.

O’Brien eventually became the U.S. national team coach, coaching in six Olympic Games between 1972 to 1996 and leading American divers to 12 medals, including five golds. He also coached divers to win 23 consecutive national championships from 1973 to 1995. And in 1982, his divers won four gold medals at the world championships.

“A real true coach impacts their athletes lives forever. And Ron certainly was at the top of that list,’’ two-time Olympic medalist Michele Mitchell said. “And I would say not just in the world of diving. I would compare him to John Wooden and some of the other great coaches that people think of, like Bear Bryant.

“He has been in that group of coaches where he defined a sport and impacted the sport and the people in the sport forever.”

When he is inducted into the U.S. Olympic & Paralympic Hall of Fame on Nov. 1, O’Brien will become just the fifth coach receiving that honor, joining a select group that includes Herb Brooks (hockey), Carlo Fassi (figure skating), Abie Grossfeld (gymnastics) and Ed Temple (track and field).

“It’s the biggest honor I’ve ever had,’’ he said. “Because you can’t go any further in my sport except the Olympics. So I’m very honored by it. And the thing that really floored me was there being only one coach being inducted (this year). And being from a small sport I was extremely surprised that I was selected.

Well, he’s not just lucky. O’Brien earned the honor because of all he did as a coach.

O’Brien started diving while growing up in Pittsburgh.

“I got into the sport and swam and dove all the way through high school,” he said. “And by the time I was a senior in high school, I realized that I was too little to be a swimmer so I decided to concentrate on diving. And then I was fortunate enough for Mike Peppe, a legendary swim and dive coach at Ohio State University, to actually not recruit me but allow me to join the team there. Because I wasn’t that good at that point. Then I got to Ohio State and on the diving team.

“And it’s kind of related — I got onto the gymnastics team at the same time. So I used to compete in gymnastics and then run down to the pool and dive.”

The gymnastics training was a perfect complement to O’Brien’s diving career and he did very well at Ohio State, where he was a three-time All-American and won the 1959 NCAA championship in the one-meter springboard.

After not making the U.S. team for the Rome 1960 Olympic Games, O’Brien did win the AAU national championship in the three-meter platform in 1961, but he did not compete in the sport for very much longer. He said his last diving competition was in Oklahoma in 1962 – which he did during his honeymoon with his wife, Mary Jane!

O’Brien, though, did not stay away from the pool. He soon went into coaching and excelled as he taught divers how to be their best in the sport.

“It takes a certain type of personality to propel yourself into the air and spin around and twist and whatever,” O’Brien said. “You can’t be a wimp. Especially when you get up to 10 meters, and you’re up to 33 feet.

“I had certain rules. You had to be on time. You had to be consistent. Even if you didn’t feel good, you had to come to practice and do what you could. We had weight limits because if you get too overweight in diving you just can’t do what you need to do. And then our practices were very disciplined. No messing around.”

O’Brien began with the national team in the Pan-American Games in 1967 and as an assistant coach in the Mexico City 1968 Olympic Games. He then became the diving head coach in 1972 and continued in that role for more than two decades. He coached them in Mission Viejo, California as well as in Florida, along with summer camps elsewhere. After that, he helped divers as national technical director and then high performance director until 2008.

Of his many Olympic experiences, O’Brien said the Los Angeles 1984 Olympic Games were his favorite.

“There were so many U.S. people and they were so upbeat and excited about The Games,’’ he said. “I would run into people in the street and be talking to them and the crowd was unbelievable. And Greg Louganis won both events and we also had silver and bronze medalists, so we got four of the 12 medals.”

O’Brien said Louganis, who also is in the U.S. Olympic & Paralympic Hall of Fame, was the best diver he ever coached and perhaps the best ever. Louganis, meanwhile, attributes much of his success to O’Brien, who began coaching him at age 15. He says O’Brien broke down many barriers out of patience, love and respect.

“I could not have achieved all I had by myself — Ron was the inspiration to achieve, even imagine I could achieve all I was able to,” Louganis said. “I thought of him as a father figure, then later in life, my very best friend. I could confide in him without fear of being judged, accepted for who I was for being enough to just be me.”

As great a diving coach as he was, O’Brien wasn’t focused only on his athletes’ success on the board. It was important to him that their lives were successful after diving as well.

“What I was really doing was finding talented divers who were willing to work hard and abide by my rules but at the same time, now I look back and I think I was really trying to help these kids learn how to be successful,” he said. “And most of them have been successful in the rest of their lives whatever they have chosen to do.”

Many have been, including Mitchell, who earned a doctoral degree in educational psychology, as well as 1982 world champion springboard diver Megan Neyer, who also earned a Ph.D. in sports psychology and started Neyer Performance Strategies, LLC.

Added Mitchell: “He had a lot of skills. He also very much promoted education among his athletes. And he made that a priority. He often changed workout times to accommodate his athletes’ educational calendars.”

O’Brien shared many of his lessons in two well-received books on diving.

“Ron O’Brien was ‘the man with the plan’ who enabled me to fulfill my Olympic dreams far beyond my expectations,” diver Mary Ellen Clark, who won a pair of bronze medals in the 10-meter platform, wrote in a review of his book Springboard and Platform Diving. “This book is unique because, for the first time, Ron shares with the world of diving his secrets to success. Chapters 9 and 10 on training and peaking for competition and coaching and mental preparation are the hidden treasures in this book. Read it, and pass it on!”

Mitchell, who won silver medals in the 10-meter platform at the Los Angeles 1984 Olympic Games and Seoul 1988 Olympic Games, went on to coach at her alma mater, the University of Arizona and two years ago was hired to be the head coach at Mission Viejo. She also runs the Ron O’Brien Diving Invitational in Mission Viejo in honor of her former coach.

There also was a reunion of divers at Mission Viejo last year which O’Brien attended. Neyer said she asked teammates to send information on what they learned from O’Brien in diving and for the rest of their lives. Many from around the country did so. Because he had a major impact on them all.

“He had a lot of faith and he was pretty phenomenal in identifying talent and knowing how to develop talent,” Neyer said. “So again, I think he had systems and protocols that to this day the rest of the country has not all that well emulated. Which is unfortunate.

“He was pretty amazing at that. He was a thinker.”

Louganis added: “I firmly believe you don’t achieve greatness on your own, you have help, someone who is there for you, who will listen with his eyes, ears and body language. Ron O’Brien was and is that for me to this day. I often ask myself, ‘What would Ron do or say?’ in any given situation. He is the best of the best in my book.”

Jim Caple is a freelance sportswriter who has worked many years for ESPN and the St. Paul Pioneer Press. He has covered 12 Olympics and sports on six continents.