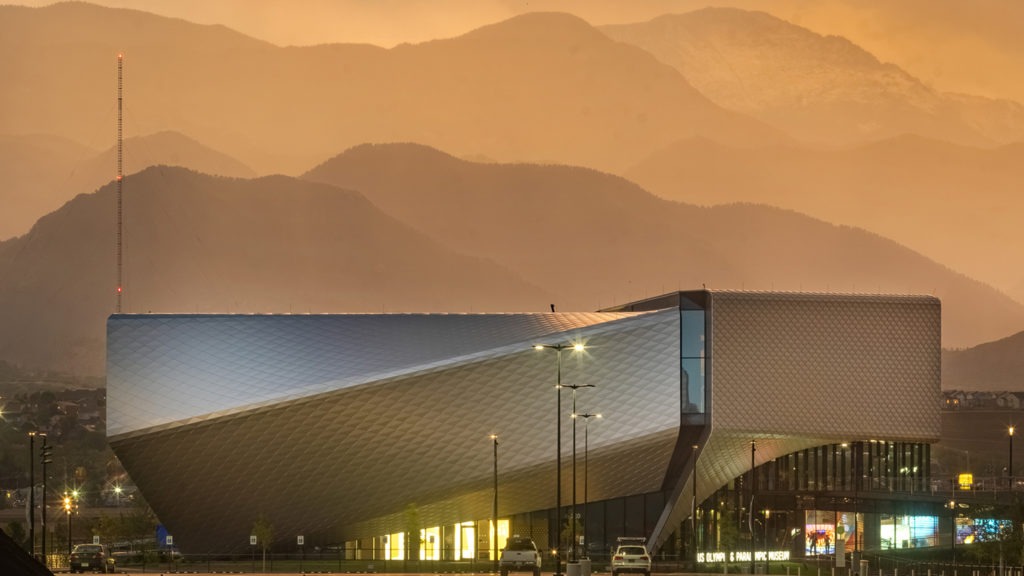 The U.S. Olympic & Paralympic Museum, which opened in Colorado Springs this past summer to a series of accolades, is closing 2020 atop the podium.

The Museum has been selected the country’s Best New Attraction in 2020 by USA TODAY’s 10Best Readers’ Choice Awards.

“It was an honor just to be named one of the finalists for this recognition, but to be selected as the top attraction in the country is a testament to the hard work done by so many to create this amazing family-friendly destination,” Museum Chief Executive Officer Christopher Liedel said. “We look forward to building on what has been created and sharing the inspiring stories of U.S. Olympic and Paralympic athletes and the history of the movements.”

All the information you need to plan your visit to the Museum.

10Best previously announced 20 finalists for the award, with public voting selecting the winner.

“What an incredible award for such an amazing place,” said five-time gold medal speedskater Bonnie Blair, who is a member of the U.S. Olympic & Paralympic Hall of Fame. “The Museum showcases U.S. Olympians and Paralympians and their incredible journeys to the Games. Every time I visit, I leave with a new appreciation for the athletes who have represented our country on the world’s largest stage.”

The 60,000-square foot Museum, which opened on July 30, previously was honored by The New York Times, Architectural Digest and Conde Nast Traveler, among others, garnering attention for its interior design, exterior design and accessibility to all.

Open Sunday through Friday from 10 a.m. to 5 p.m. and Saturday from 9 a.m. to 6 p.m., the Museum is closed only on Thanksgiving Day and Christmas Day. Tickets are available online. Extensive measures have been taken to provide a safe and contactless environment so that guests can visit with confidence.

The Museum is dedicated to U.S. Olympic and Paralympic athletes and their compelling stories, with the artifacts, media and technology behind the athletes who make the United States proud. Considered one of the top places to go in Colorado, the Museum focuses on the core values of the Olympic and Paralympic movements: friendship, respect and excellence; determination, equality, inspiration and courage.

Highly regarded for its accessibility and interactivity, guests of all ages and abilities experience the exhibits through inclusive design and assistive technologies such as mobile apps, video captions, audio description tracks, universal keypads, RFID-triggered customizations and more.