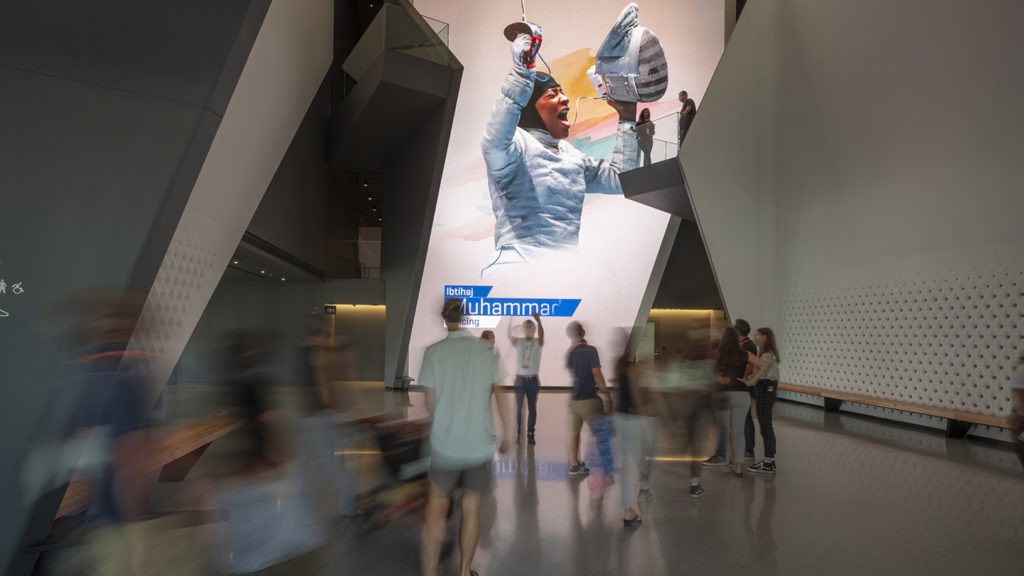 In recognition of our teachers, the Museum will provide complimentary admission on these days. In order to take advantage of this opportunity, teachers can present their school identification at the door and receive their free ticket. The Museum is open from 9 a.m. to 6 p.m. on Saturdays and 10 a.m. to 5 p.m. on Sundays.

Additionally, the Museum has prepared Teacher’s Guides for grades 3 to 12 with a series of STEAM-enriched classroom lessons. These lessons are available to download.

“Education is a vital part of the Museum’s mission,” Museum Chief Executive Officer Christopher Liedel said. “This has been a challenging school year, with teachers pivoting to online learning and reimagining how students learn. Our educational system has been resilient. We are pleased to honor teachers on October 17 and 18.”

The Museum also is hosting Cool Science Festival: Night at the Museum on Tuesday, October 13 and Friday, October 16 from 5 to 8 p.m., with discounted admissions.

The 60,000-square foot Museum, which opened on July 30, has taken extensive measures to provide a safe and contactless environment so that guests can visit with confidence.

Starting with its distinctive exterior featuring nearly 9,000 diamond-shaped panels, the Museum is a one-of-a-kind tribute to the Olympic and Paralympic movements, with Team USA athletes at the center of the story going back to the 14 athletes who crossed the Atlantic Ocean to compete at the Athens 1896 Olympic Games.

The Museum features cutting-edge technology, tells the history of Team USA’s participation in the Games and brings to life the stories behind the athletes who make the United States proud.

The exhibition galleries focus on topics such as the Winter Games, the Summer Games and The Lab – an exhibit focusing on the evolution of science, technology and equipment in sports. There also are extensive displays of Olympic and Paralympic torches and medals. Artifacts abound, from Tatyana McFadden’s childhood racing wheelchair, sprinter Michael Johnson’s golden spikes, the Vancouver 2010 Night Train bobsled and the scoreboard from the Miracle on Ice at the Lake Placid 1980 Olympic Winter Games.

Guests also experience one of the greatest thrills for every U.S. Olympian and Paralympian: The 360-degree Parade of Nations exhibit simulates Team USA’s entrance into the stadium for the Opening Ceremony of a Games.