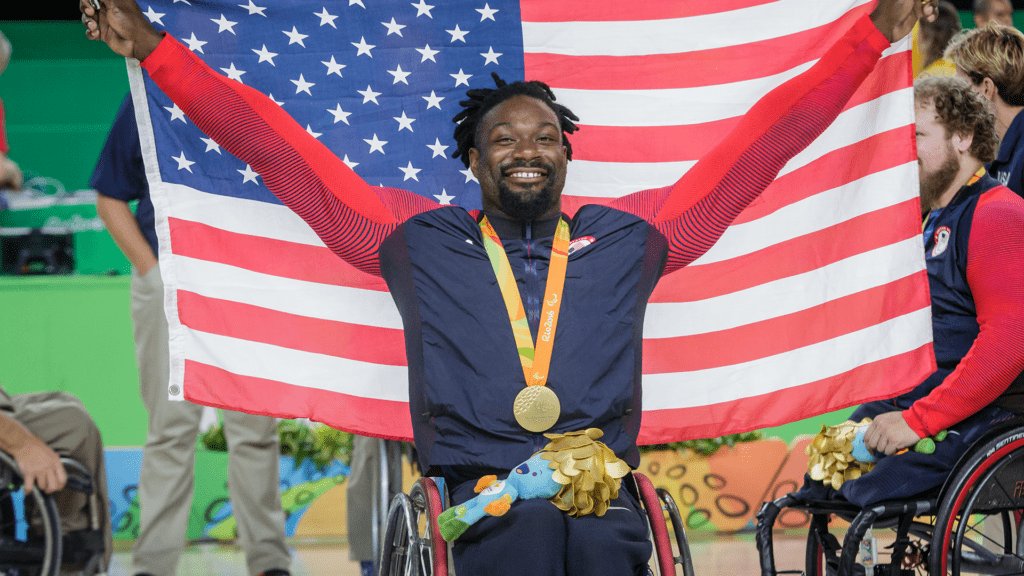 Matt Scott is a five-time Paralympian in the sport of wheelchair basketball for which he has medaled three times, including most recently at the Tokyo 2020 Paralympic Games. He is a pioneer and champion for not only wheelchair basketball, but for Paralympians and athletes with disabilities as a whole, and he continues to be an outspoken advocate for inclusion and universal participation in sport.

Scott has competed in every Paralympic Games since his high school graduation: Athens 2004, Beijing 2008, London 2012, Rio 2016 and Tokyo 2020. Throughout this two-decade long Team USA tenure, Scott and the men’s wheelchair basketball team steadily improved, rising from a seventh place finish in 2004 to a bronze medal win in 2012 and finally the gold medal in 2016. They successfully defend that gold in Tokyo.

After having his left leg amputated following a devastating injury in practice, John Register became a Paralympic swimmer, sprinter and long jumper.

His impact extends beyond the court as well. Known unofficially as the Steph Curry of wheelchair basketball, Scott was nominated for an ESPY, became the first U.S. Paralympian to star in a Nike commercial, while continuing to support adaptive sport athletes through a variety of community initiatives and supportive programming.

Matt Scott is one of the athletes featured in the Museum’s Ask an Athlete exhibit. Guests can interact with a virtual Matt, asking him nearly any question; everything from what his favorite music is to why he wears one shoe backwards when he plays.

In order to produce this incredible exhibit in the World Watches gallery, Scott answered hundreds of questions. The Museum is honored to have captured his unique story for all guests to experience in such an in-depth and compelling way.

Virtually “meet” wheelchair basketball legend and celebrate one of the best in the sport today at the U.S. Olympic & Paralympic Museum.