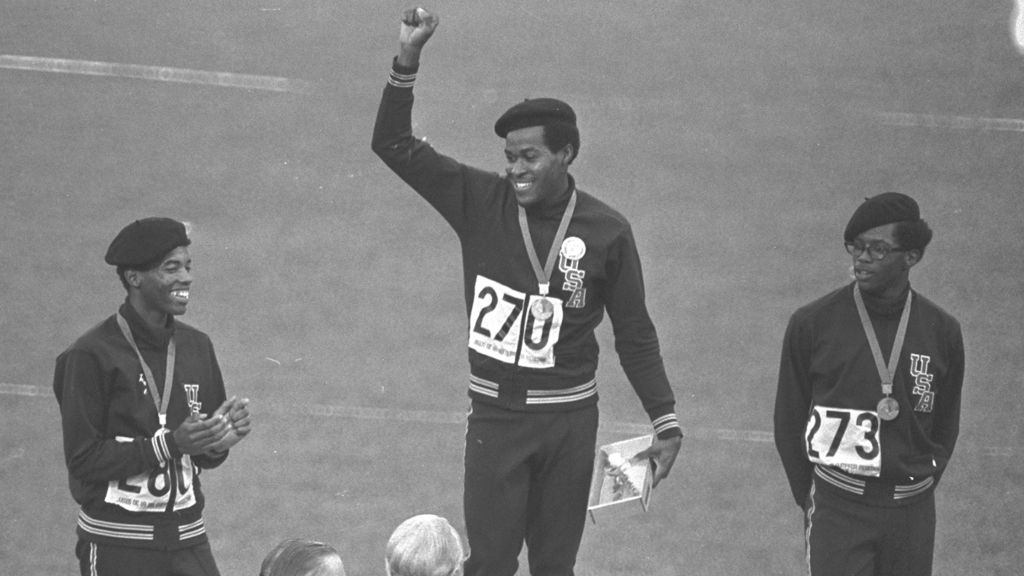 Lee Edward Evans was born on Feb. 25, 1947 in Madera, California. Evans attended high school in San Jose where he maintained an undefeated track career through all four years. He was granted the prestigious Fulbright Scholarship and attended San Jose State University where he continued to run under famed track and field coach Lloyd Winter and alongside fellow future Olympic sprinter Tommie Smith. Evans won the AAU championship in the 440yd as a freshman in 1966 and won the 400m title in 1968.

He joined the U.S. national team in 1966 and helped break the 4x400m world record the same year. Evans competed at  the Mexico City 1968 Olympics and convincingly won the 400m, setting a world record in the process. He was the first man to break the 44-second barrier in the event. Evans anchored the gold medal-winning 4x400m relay team which set a world record that would stand for 25 years.

Evans was a prominent civil rights activist. Though not as publicly visible as other athletes within the movements, he helped lead the demonstrations and conversations regarding racial equality at the 1968 Games. Evans was a founding member of the Olympic Project for Human Rights, an organization dedicated to ending racial segregation on a global scale.

Following his Olympic career, Evans began running professionally touring with the International Track Association (ITA). After the ITA dissolved in 1976, he turned his focus to coaching. Evans led the track and field programs of six different African nations before moving to the University of South Alabama. He was inducted into the U.S. National Track & Field Hall of Fame in 1983.

While coaching track in Lagos, Nigeria, Evans suffered a stroke. He passed away in a Nigerian hospital on May 19, 2021 at the age of 74.