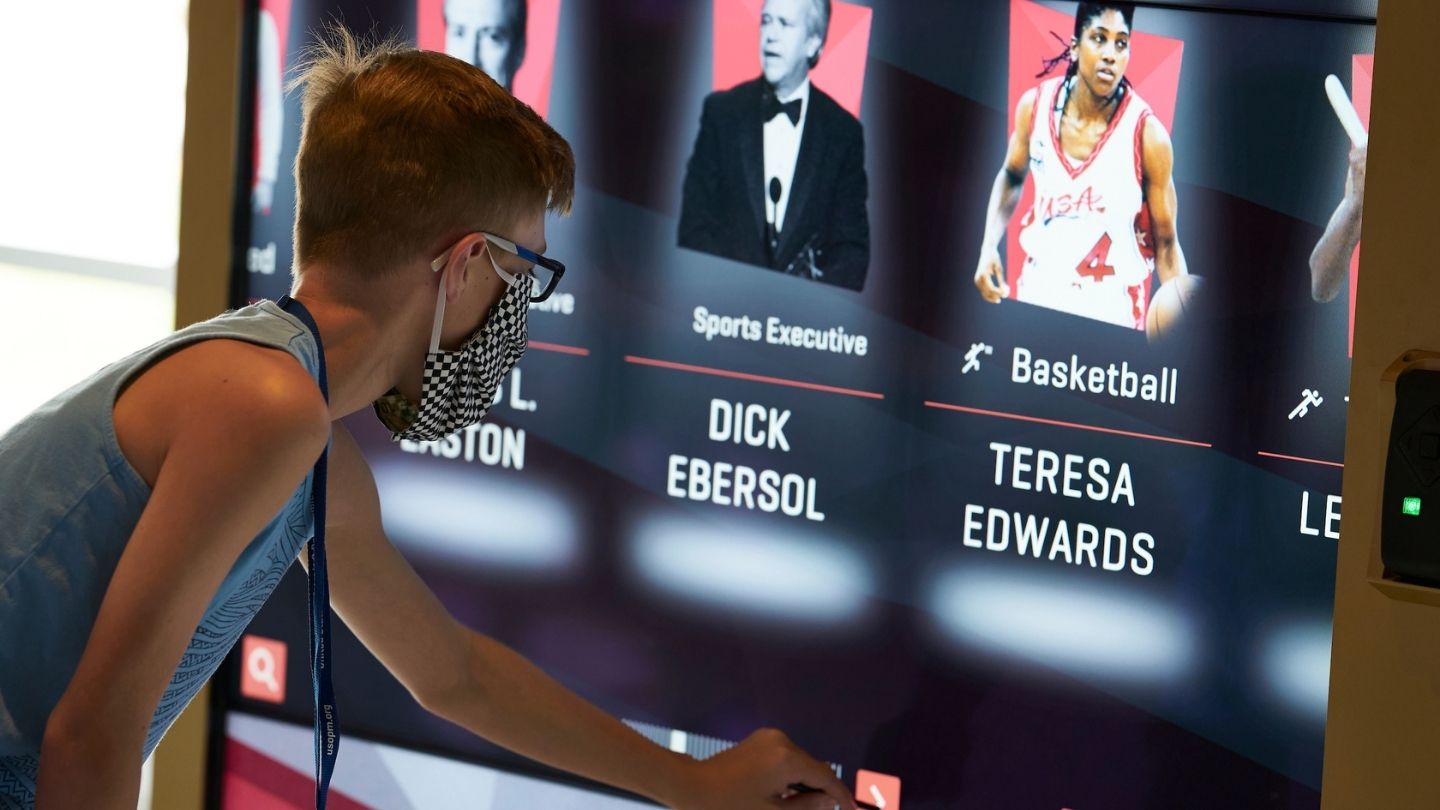 Meet the Hall of Fame Members

The United States Olympic & Paralympic Hall of Fame, established in 1979, celebrates the achievements of Team USA’s premier athletes and teams as well as the impact of legendary coaches and special contributors. Since the first Hall of Fame class was inducted in 1983, more than 150 individuals and teams have been honored for their contributions to the American Olympic and Paralympic movements.

Engage virtually with Olympic and Paralympic Hall of Famers by searching inductee profiles by name, year, or sport to view their remarkable highlights and impressive achievements.

Meet the new induction Class of 2019

Beginning with a new Hall of Fame induction class in 2019, nominations and awards take place every two years. The United States Olympic & Paralympic Hall of Fame, physically housed at USOPM, is one of the first major sports hall of fames to incorporate fan voting into its selection process.

A trip to see the Hall of Fame and USOPM provides you with a vivid look into the rich tradition and excitement of the Olympic and Paralympic Games.

Must-see artifacts in the Hall of Fame gallery

Olympus Within, a larger-than-life bronze sculpture created by Olympic fencer and sculptor Peter Schifrin, greets guests before they begin their USOPM journey.

Enjoy content on the 40-foot LED video sail, located in the lobby at the U.S. Olympic & Paralympic Museum.