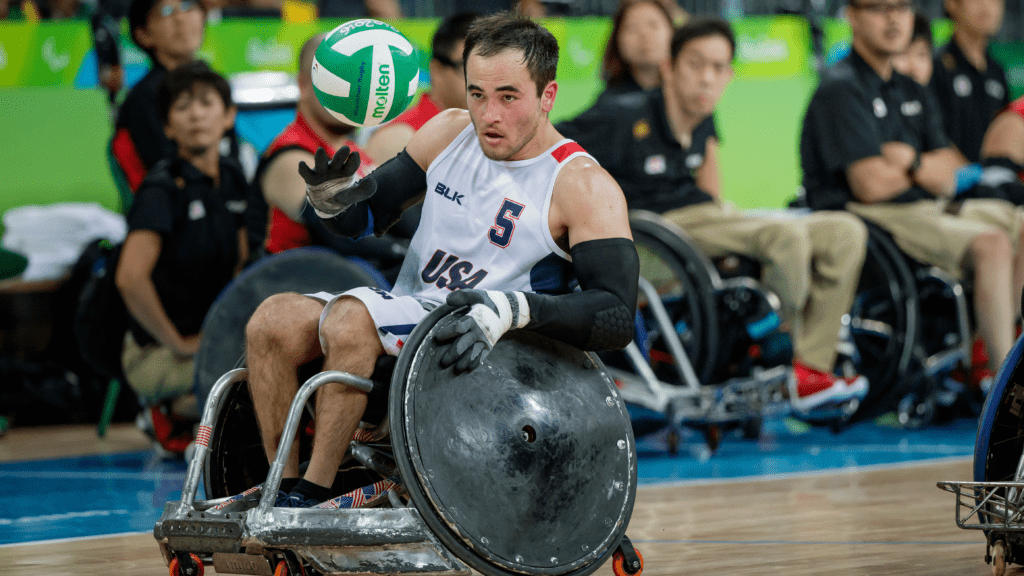 Chuck Aoki didn’t shy away from “murderball” and became a top U.S. player

Nicknamed “murderball,” wheelchair rugby is one of the toughest, most intimidating sports on the Olympic or Paralympic program. However, it was the film “Murderball,” which featured the 2004 U.S. Paralympic Wheelchair Rugby Team, that inspired long-time wheelchair basketball player Chuck Aoki to turn to the sport. Aoki would eventually become one of Team USA’s most impactful wheelchair rugby players.

Aoki was born with a genetic condition known as hereditary sensory and autonomic neuropathies type II and has used a wheelchair from a young age. He took up wheelchair basketball at the age of 6, winning back-to-back national championships with the Jr. Rolling Timberwolves during high school in his home state of Minnesota.

After learning about wheelchair rugby through the documentary “Murderball,” Aoki was inspired to switch gears. He began training with a Minnesota team and only two years later made his international debut, helping the U.S. National Team to a gold-medal win in the 2009 American Zonal Championships. Aoki was just 17 years old.

Aoki made his Paralympic debut at London 2012, helping Team USA take bronze. His continued success and leadership on the U.S. National Team earned him a co-captain position on the 2016 U.S. Paralympic Wheelchair Rugby Team. Aoki led the team to the silver medal in a thrilling, double-overtime game against Australia. The team took silver again at Tokyo 2020.

He currently lives in Denver where he’s pursuing a PhD in International Relations and Comparative Politics at the University of Denver.