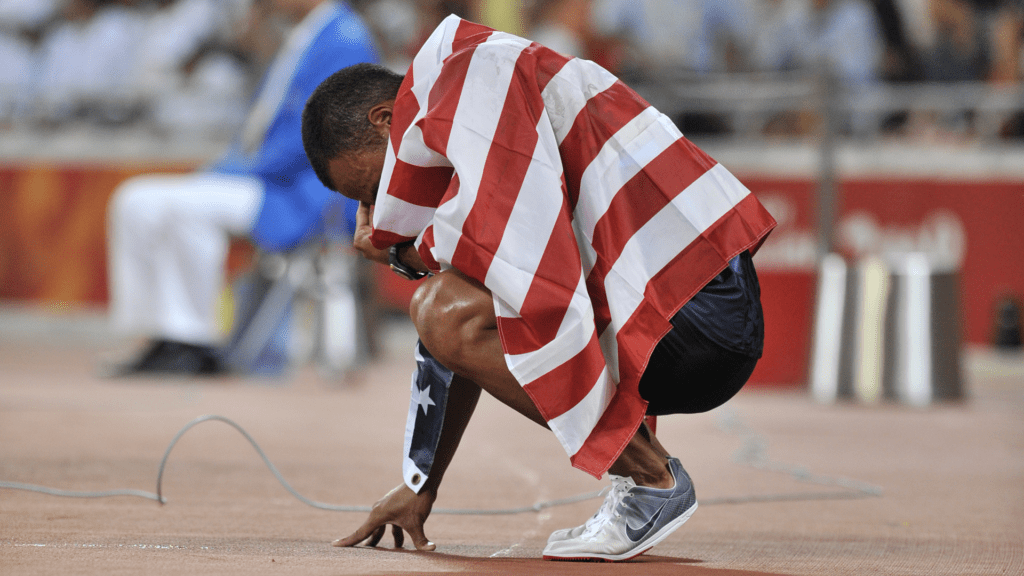 The winner of the decathlon is often hailed as the World’s Greatest Athlete. Not only did Bryan Clay achieve this title – and he did so by an astounding margin – he cemented himself as one of the greatest to ever compete.

Clay was born to a Black father and a Japanese mother. He proved his athletic prowess at Azusa Pacific University where he won the U.S. and Pan American junior titles in 1999 and an NAIA gold in 2000.

Clay began his Olympic career at the Athens 2004 Olympic Games where he took home the silver medal in decathlon. He returned four years later in Beijing to win gold, scoring the fourth-best marks in history and with a victory margin of 240 points, the largest margin in decathlon since 1972. He was given the USA Track & Field Jesse Owens Award and named Track and Field News’ U.S. Athlete of the Year in 2008 for his incredible feats.

Clay now works as a corporate consultant and motivational speaker and continues to support the track and field community in his home state of Hawaii, providing free clinics and training to young athletes. He founded the Bryan Clay Foundation, which provides athletic and academic opportunities to underprivileged children.

Rafer Johnson started on the UCLA basketball team and was drafted by the NFL’s Los Angeles Rams. He took silver in the decathlon at the Melbourne 1956 Olympic Games and won gold at the Rome 1960 Olympic Games.