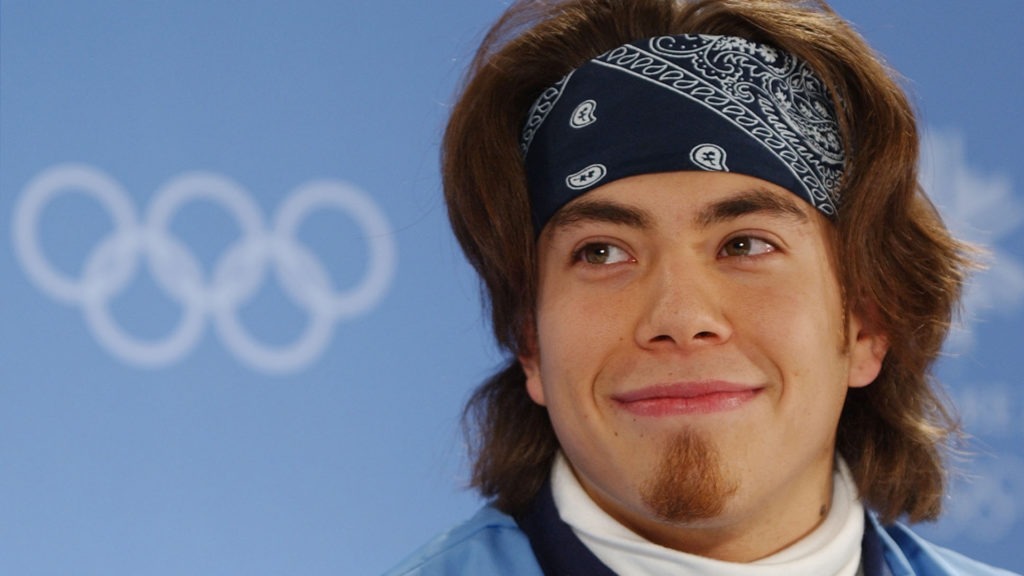 With eight medal in short-track speedskating, Apolo Anton Ohno is the most decorated U.S. Olympian ever at the Olympic Winter Games.

For almost all of the greatest Olympic athletes, the journey to The Games — then winning a medal, and then better yet, a gold medal — is the story.

Nothing wrong with that.

In Apolo Anton Ohno’s case, however, his eight Olympic medals in short-track speedskating — count them, eight, making him the most decorated U.S. Olympian ever at the Olympic Winter Games — makes for just the start.

His is the story of a humanistic, forward-thinking impact-maker, a people person intent on living a rich and robust life, full-on and full-out.

“To be grateful for every loss, every scar, every mistake, and every opportunity.”

There’s a poem that inspires and animates Apolo Ohno. This is it, by Douglas Malloch. It’s called “Good Timber.”

The tree that never had to fight
For sun and sky and air and light,
But stood out in the open plain
And always got its share of rain,
Never became a forest king
But lived and died a scrubby thing.
The man who never had to toil
To gain and farm his patch of soil,
Who never had to win his share
Of sun and sky and light and air,
Never became a manly man
But lived and died as he began.
Good timber does not grow with ease:
The stronger wind, the stronger trees;
The further sky, the greater length;
The more the storm, the more the strength.
By sun and cold, by rain and snow,
In trees and men good timbers grow.
Where thickest lies the forest growth,
We find the patriarchs of both.
And they hold counsel with the stars
Whose broken branches show the scars
Of many winds and much of strife.
This is the common law of life.

For Apolo, the Olympics were always a launchpad.

He burst into the nation’s consciousness at the Salt Lake City 2002 Olympic Winter Games. Maybe his most famous race there was the 1,000 meters, when Apolo and three others crashed in the final turn and Australia’s Steve Bradbury, 30 meters behind, sailed across the finish line, arms aloft, for gold. Apolo — who needed six stitches in his thigh to repair a cut sustained in the crash — recovered to scramble for silver.

In his 2010 book, Apolo said, “I didn’t lose gold. I won silver … Life isn’t certain; short-track isn’t certain. Even when something seems certain, you’re coming around the last turn, in position to win — it’s still uncertain. My goal was to get off the ice and be satisfied with the effort I’d given, to have no regrets, and on this particular day, in this particular race, I had indeed given all I had. How, in any way, could I not be delighted with silver?”

The record books say this about Apolo’s Olympic racing career:

What the record books don’t show is the amazing transformation that Apolo undertook to get ready for the Vancouver Olympics.

Apolo raced in Torino and in Salt Lake at 165 pounds. By Vancouver, the sport had changed. Apolo needed to change too.

With the help of his trainer John Schaeffer, Apolo — essentially living on hard-boiled eggs — willed himself through mile after mile on the treadmill (cranked up to dare-you-to-keep-up speed) along with grueling weight work in the gym. The result: Apolo showed up in Vancouver at 145 pounds, and, as he would say, “clean and strong.”

There are many people who fear change, preferring to stick in their set ways. Apolo had the mental courage and physical strength to embrace change.

Apolo’s seventh career medal, the Vancouver 1,000 meters, speaks to his athletic greatness and, more, his mental toughness. He slipped — was shoved out of rhythm and offline, really — in a race he could and probably should have won. All the same, he fought back for third.

And he said then and would say now and always, “I won bronze. For anyone who might doubt that third could feel great, this race was proof. This was one of my best races, ever. When all seemed lost, I thought, No, that is not going to happen. I am in this all the way to the end. I am going to fight.”

So many athletes can seem lost after Olympic glory.

The reinvention of Apolo had just begun.

That 2010 book? It’s called Zero Regrets: Be Greater than Yesterday. It was a New York Times best-seller. He’s now working on a new book, due out in 2020, about — what else — reinvention and life’s hard pivots.

By then, of course, he had appeared on Season Four of the reality show Dancing with the Stars, paired with Julianne Hough. They received the competition’s first perfect score of 30 for their samba routine and in May 2007 became that season’s champions.

Apolo has made a number of other TV appearances as guest star, actor and host. He repeatedly has been back to the Olympics, Summer and Winter, as on-air NBC talent.

“My father,” Apolo has written, “led me to see the way: when you want something badly enough, you’ve got to be willing to do things nobody else is willing to do. Body, mind and soul, you can’t hold back, you don’t hold back.”

Beyond all this — as his 20s have turned into his 30s, Apolo has been active in various businesses (infrastructure, real estate, technology) and in venture investing, often found either in Hong Kong or Los Angeles and managing as well to become an alumnus of the Wharton Business School.

Apolo is only in his 30s. He’s just getting started.

His relentless focus: “Inspiring, leading and growing the next generation of leaders, community ad humans who believe that they can be the forces of positive impact in the world to come.

“My real passion is people. Those who can make the lives of other people better. To be dependent upon our own discipline — and our own skills. Our beliefs that pursuing zero regrets is a path and a journey rather than a destination.”

Alan Abrahamson has spent 21 years covering the Olympics. For 17 years a staff writer with the Los Angeles Times, since 2008 he has been Games columnist for NBCOlympics.com. A winner of three Sports Emmys, he also co-wrote best-selling books with Apolo Anton Ohno and Michael Phelps.