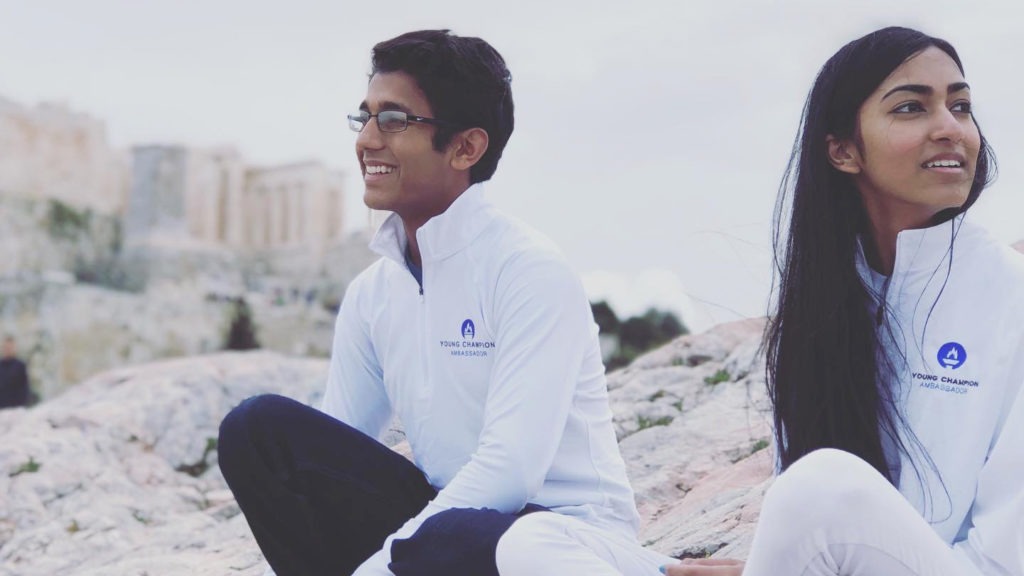 One of the U.S. Olympic & Paralympic Museum’s community partners is taking two teenagers on the trip of a lifetime this week.

Colorado Springs high school students Atharva Vispute and Shreya Krishnan traveled as Young Champion Ambassadors to Ancient Olympia, Greece, where they represented Olympic City USA at the Thursday’s lighting of the Olympic Flame for the Tokyo 2020 Olympic Games on Thursday.

Vispute, a junior at Rampart High School, and Krishnan, a sophomore at Discovery Canyon Campus, traveled to Athens on Monday and arrived in Ancient Olympia on Tuesday. The trip also included trips to historic sites such as Acropolis of Athens, meeting the mayor of Ancient Olympia and Japanese engineers of the Tokyo 2020 Olympic Torch, visiting the International Olympic Academy and engaging with other members of the Olympic family and the International Olympic Committee.

“I am honored to represent the United States Olympic & Paralympic Museum in the birthplace of the Olympics, which is rich in culture and allows me to embrace the Olympic Spirit to carry it around the world,” Vispute said.

Said Krishnan: “As an ambassador of the Museum, I am humbled and empowered, to be here in the birthplace of the Olympics — a symbol of peace, equality, diversity and friendship.”

Youth Champion Ambassadors is a youth leadership program that exists to guide young people as ambassadors of Olympic and Paralympic values, preparing them as leaders of a bright future, shaping them as heroes of a connected world. YCA participants master skills such as critical thinking, public speaking and networking while learning about the Olympic and Paralympic movements.

“It is an honor for me and a milestone for the growth of YCA program to be at the birthplace of the Olympic Games with the banner of the U.S. Olympic & Paralympic Museum,” YCA Executive Director Harris Kalofonos said.

The U.S. Olympic & Paralympic Museum formally engaged with the YCA program this past September, enhancing the Museum’s educational and community outreach initiatives in advance of opening this May. Together the Museum and YCA are working to expand the program to more high school students in the Pikes Peak Region, enhance the leadership curriculum, engage YCA participants in Museum activities and expand YCA to a statewide audience later this year, as well as open opportunities nationally and internationally.