Who we are: Project Partners

Diller Scofidio + Renfro is an interdisciplinary design studio that integrates architecture, the visual arts and the performing arts. Based in New York City, the 115-person studio is led by four principals – Elizabeth Diller, Ricardo Scofidio, Charles Renfro and Benjamin Gilmartin – who work collaboratively on the design of each project. For their commitment to merging art and architecture with issues of contemporary culture, Ms. Diller and Mr. Scofidio were recognized by the MacArthur Foundation with the “genius” award, the first given in the field of architecture. Recent and ongoing projects include: the High Line, the redevelopment of Lincoln Center for the Performing Arts, the expansion of the Museum of Modern Art, and the Shed, all in New York; the Institute of Contemporary Art, Boston; Brown University Creative Arts Center, Providence; The Broad Museum, Los Angeles; UC Berkeley Art Museum and Pacific Film Archive, Berkeley; and the Museum of Image and Sound, Rio de Janeiro.

In 2013, Barrie Projects was engaged to develop a feasibility study for a new U.S. Olympic & Paralympic Museum. The results of the study were favorable and since then Barrie Projects has worked on all aspects of the Museum’s development including the selection of architects, exhibit designers, and AV producers, as well as crafting the Museum’s narrative arc with the active participation of the Olympic and Paralympic communities – athletes, coaches, trainers, historians and other experts. In partnership with the U.S. Olympic & Paralympic Committee Archives, Barrie Projects identified key stories, images and artifacts — and then reached out to hundreds of athletes and families to secure special items for the exhibits.

Barrie Projects has created museums dedicated to the history of rock ‘n’ roll, international spying, and organized crime; special exhibits; and cultural master plans and visions for cities and universities. 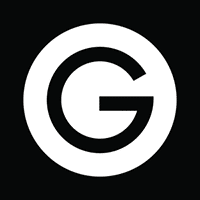 G&A has designed some of the world’s most memorable visitor experiences from the International Spy Museum and the Vault of the Secret Formula at World of Coke, to high profile projects throughout Asia. The firm has offices in Washington D.C., New York, Portland, and Singapore. For over twenty years, G&A has gained international acclaim for creating experiences with lasting cultural and economic impact. Select clients include the National World War II Museum, the International Spy Museum, The Smithsonian Institution, Shanghai Natural History Museum and Grammy Museum.

For more than half a century, GE Johnson Construction Company has been dedicated to enriching our communities by leading and building projects with the best people and ideas. The company embraces the power of ingenuity and trusting relationships, and values integrity, safety, collaboration, and excellence. GE Johnson is headquartered in Colorado Springs, Colorado with offices in Denver and Vail, Colorado; Jackson, Wyoming; Oklahoma City, Oklahoma; and Lenexa, Kansas.

The U.S. Olympic & Paralympic Museum is a timeless institution that reflects Team USA pride and helps visitors experience the thrill of the Games. As future generations of champions realize their dreams, the Museum will grow and evolve alongside them, providing an ever-fresh experience with each visit.