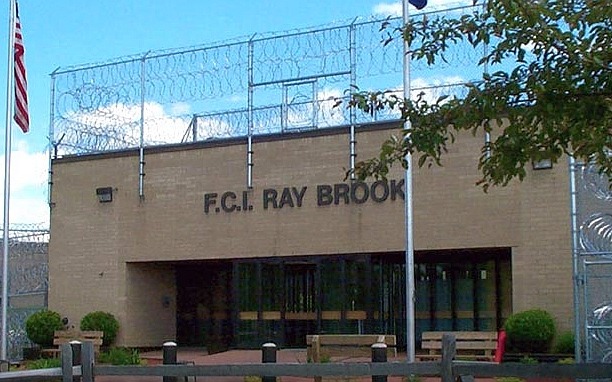 Having won the right to host the Lake Placid 1980 Olympic Winter Games, local organizers scored one more victory in the years leading up to the event – convincing the federal government to allocate $28 million for the construction of an Olympic Village to house athletes during the Games.

There was one condition: There had to be a practical use for the facility after the Lake Placid Games concluded.

It made sense, wanting to ensure that spending a big chunk of money would have an impact far longer than just two weeks.

It also turned the construction of the Olympic Village into a tale for the ages.

As time passed, this stipulation was proving problematic. Rep. Robert C. McEwen, the longtime congressman now representing New York’s 30th District, where Lake Placid is located, was asked to help find a suitable occupant. He went from one federal agency to the next, searching for someone (anyone?) who might be able to use the Village after the Olympics.

One day, McEwen approached Rep. John M. Slack (W.Va.), asking Slack to set up a meeting with an unlikely candidate that McEwen hoped might result in a solution.

“Congressman Slack said, who was chair of the appropriations subcommittee for the Department of Justice and a very important man to me, said, ‘I have something I want to talk about,’ ” said Norman A. Carlson, who was then the director of the Federal Bureau of Prisons. “So I went to see him. I didn’t know what it was about.”

Could the Olympic Village find a next life as a prison?

“No one had thought about a prison,” Carlson said, noting that he was aware the funding was in place for the Olympic Village. “I certainly hadn’t.”

But the more Carlson thought about it, the more it made sense. A prison had to be secure and keep inmates inside its walls. The Olympic Village had to be just as secure – a point that was especially important coming after the Munich 1972 Olympic Games – and keep outsiders from gaining access. Both a prison and the Olympic Village needed to be able house and feed a large population.

Just as important: the U.S. prison population was growing. More cells and more beds were needed.

“They would, in effect, give us money to build a prison that we needed, a year earlier than we had anticipated,” Carlson said. “You never know if it will become a reality or not – it could get shot down – but I appreciated the opportunity.”

“It’s the most sensible idea anyone’s come up with yet,” Robert Peacock, who served as mayor of Lake Placid from 1959 to 1993, said at the time, believing that the future prison would become an economic engine for the region.

Carlson sent representatives to Tennessee to visit the recently constructed medium-security Federal Correctional Institution, Memphis which would be used as a model for the Olympic Village and subsequent prison.

“We were not building a traditional prison, this was much more modern,” Carlson said. “They went down to Memphis and were very impressed.”

Of course, not everyone was in favor of transforming an idyllic compound for the world’s best athletes into a home for urban criminals to be sent to Upstate New York. A group of local residents formed the group STOP, which stood for Stop the Olympic Prison.

“When you mention a prison, nobody wants it – not in my backyard anyway,” Carlson said. “But McEwen was firm: ‘If we don’t have a village, we won’t have an Olympics. What do you want?’ There was simply no alternative. Time was running out. There was a commitment from Slack that he would do this if it could be worked out.”

But the local opposition was not the only form of protest. Officials from other countries bristled at the notion that their athletes would be “locked up” during the Winter Games.

“After four years of hard training we cannot expect competitors to live in such a lousy place,” a member of the Italian Olympic Committee said after touring the Olympic Village. “The rooms clearly show what they are meant for.”

A spokesman for the Swedish Olympic Committee was more succinct: “The facilities are rotten, to say the least.”

Representatives of some countries refused to allow their athletes to stay in the Olympic Village, instead renting houses in Lake Placid.

Most of the athletes, however, found a temporary home in the Olympic Village, with its 937 sleeping rooms – which only later became cells after the Winter Games.

The Olympic Village featured five dormitories that later became cell blocks. A recreation center included a well-equipped game room, a disco and a 350-seat theatre; that building now houses a chapel, chaplain’s office and the prison commissary. A shopping center for athletes from around the world was turned into a receiving warehouse, where all goods coming into the prison are inspected. The dining hall became a work service building.

Six months after the Closing Ceremony at the Olympic Center Arena, the Federal Correctional Institution, Ray Brook opened for business to eventually accommodate up to 1,000 inmates.

The transition went relatively smoothly – Carlson said he would use it as a case study for a well-managed project — with one exception.

“The athletes took the keys home with them as souvenirs,” Carlson said. “We had to rekey everything. But they had a good time. I had several staff that were there and they said the Olympians themselves were pleasantly surprised by it.”

Forty years later, visitors to the Lake Placid Region occasionally ask if they can visit the Olympic Village. However, FCI Ray Brook remains in operation.