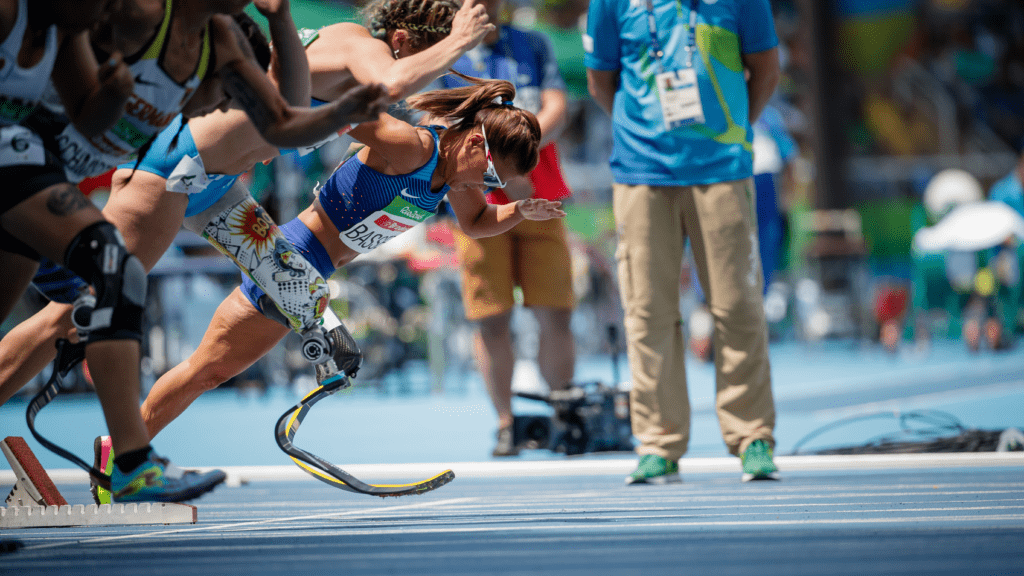 Scout Bassett found a place in adaptive running as a teenager

Scout Bassett has always embodied resilience. She grew in a government-run orphanage in Nanjing, China, after being discovered as an infant on a side street without a right leg, the result of a chemical fire. At age 6, Bassett fashioned her own prosthetic leg from leather belts and masking tape and learned how to walk. Little did she know that she was destined to do much more than walk.

Bassett was adopted by American parents at the age of 7 and moved to Harbor Springs, Michigan. As the only Asian student in an otherwise all-white school and still learning to speak English, Bassett was ostracized and mistreated. She turned to sports as a means of connection. She experimented with a variety of sports, from basketball to tennis. Finally, she was introduced to the Challenged Athletes Foundation, which gave her a proper prosthetic leg for training.

John Register was an Olympic track hopeful; after an injury, he became a two-sport Paralympian

Through the CAF, Bassett discovered her passion for track and field. She trained tirelessly and in 2016, made her Paralympic debut in Rio, competing in the women’s 100m T42 and women’s long jump T42.

Bassett works as a motivational speaker and an athlete ambassador, pushing strongly for representation for young female adaptive athletes.