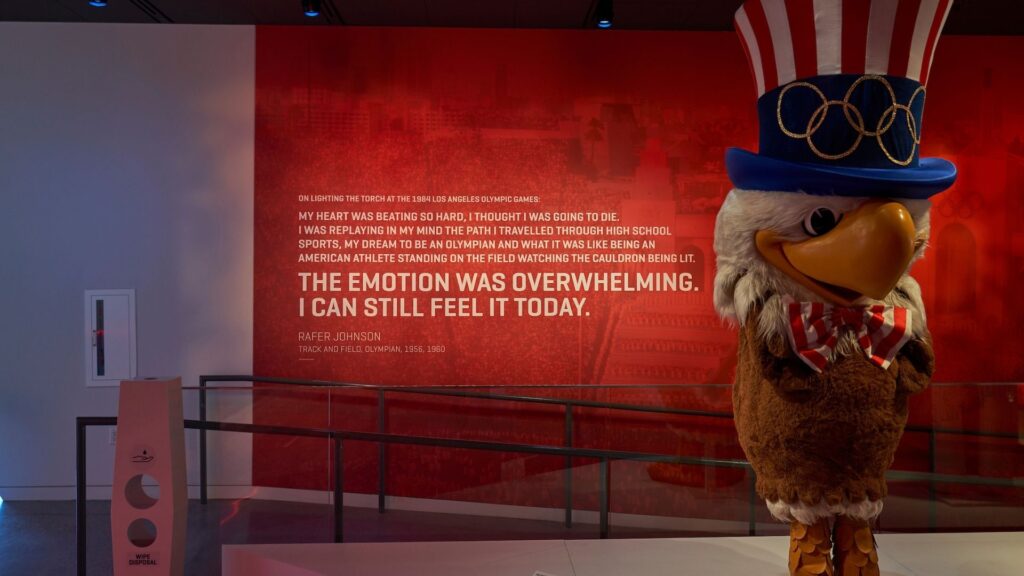 The situation was a difficult one. In the wake of the Munich Massacre at the 1972 Berlin Olympics and the financially ruinous 1976 Montreal Olympics, there were few cities interested in hosting the Olympic Games. However, Los Angeles stepped up to the plate, and the Organizing Committee knew that 1984 had to be nothing less than magical.

Sam the Eagle was born

Los Angeles needed a supportive, reassuring face, a mascot, that would get crowds excited about the approaching Olympics. So they turned to the king of magic himself: Walt Disney.

Famed Disney artist Bob Moore, known for his work on Fantasia, Bambi, and Dumbo, took on the daunting task. He and his team, which consisted of 30 different artists, brainstormed everything from orange trees to snakes to cacti.

At one point, the team considered using a bear to honor the emblem of California, though they dropped the idea after realizing a bear had been the mascot for the 1980 Moscow Olympics, a country with which the US already had enough troubles.

In the end, the powerful bald eagle rose to the top, and Sam the Eagle was born.

A presence that extended far beyond the Olympic Games

Sam, although a cartoonish and friendly bald eagle, was still intended to represent the strength and power of the United States. Additionally, he pays tribute to the bronze eagle of the ancient Olympic Games which stood at the finish line of the stadium race.

Sam appeared on McDonald’s merchandise, as part of an attraction at Disneyland, and even appeared on screen including in a 51-episode Japanese children’s anime television series called Eagle Sam which featured Sam as a “gun-waving private investigator” solving crimes and catching criminals.

Sam the Eagle played an integral role in the success of the 1984 Los Angeles Summer Olympics. You can visit Sam and begin celebrating the upcoming 2028 Los Angeles Olympics by visiting the United States Olympic & Paralympic Museum where Sam the Eagle is currently on display.