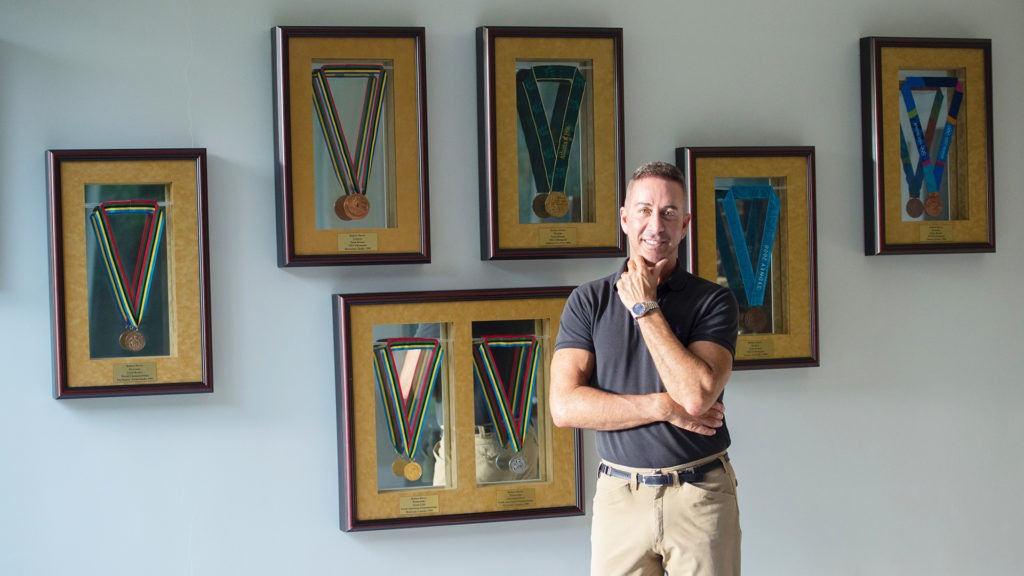 When he competed in the Los Angeles 1984 Olympic Games, equestrian athlete Robert Dover said he focused solely on the satisfaction he took in representing the United States at the Olympics, on home soil no less.

He enjoyed living in the Olympic Village with a view of the pool and the swimming and diving competitions.

“My recollection was watching on TV as our swimmers and divers won medals and looking out the window at the pool and being psyched,” Dover said. “The whole mood of our Olympic Team was fabulous. We were yelling, ‘U-S-A, U-S-A!’ as we went into the Olympic stadium and we were living as a team.

“The last thing on my mind was my sexuality.”

Dover had known he was gay for a few years, but he was not yet comfortable with being openly gay. He then lived two years in the mid-1980s in Germany, where he feared he had contracted AIDS. Upon returning to the U.S. for the Olympic trials and finding out that he was healthy, Dover resolved to change and try to help others.

“That next year, when I came home to get ready for the Olympics in Seoul, I said, ‘You know what? This is not how I’m going to be with people,’ ” Dover said. “I made a statement that I was gay and I was very concerned about the fact that so many people within the equestrian community were dying of this disease.”

At Seoul 1988, Dover became the first openly gay athlete to compete at a modern Olympic Games. While living in the Olympic Village, traveling to watch other sports and during equestrian events, Dover said, he would look around and try to figure out how many athletes were gay but had yet to come out.

“It wasn’t like people were waving gay flags, but in most sports there were gay athletes,” said Dover, a six-time Olympian who won bronze medals in four consecutive Games beginning at Barcelona 1992.  “They say people have gaydar, we could see very easily who we were.”

While Dover was the first openly gay Olympian, it was not until the past decade or so that more elite gay athletes have let their sexuality be known, such as figure skater Adam Rippon, hockey player Julie Chu, freestyle skier Gus Kenworthy and soccer player Megan Rapinoe, among others.

“It is incredible how much people have evolved, all over the world,” Dover said. “There is a big, big difference and I have been fortunate enough to live through all these changes.”

Dover remained involved with the Olympic Movement for several more years – coaching the Canadian team at the London 2012 Olympic Games and then coaching the U.S. team to a Pan Am gold and a bronze at the Rio 2016 Olympic Games — and said he always felt accepted.

“I know there are divers and swimmers who have a different story to tell with regard to how they were treated in their sport,” Dover said.

“I feel very fortunate that the equestrian community is made up of progressive thinking people for the most part and I feel like that the U.S. Equestrian Team and the federation itself has always been very fair with me and they have been my family.”