Team USA enjoyed one of its most successful Olympic Games, winning 121 medals, 46 of them gold. It was the sixth consecutive Games that the U.S. led the medal count and the third-most medals ever for Team USA. The victories included the 1,000th gold medal all-time for Team USA, won by the women’s swimming 4×100-meter medley relay team of Kathleen Baker, Lilly King, Dana Vollmer and Simone Manuel. The swimming team and track and field team were dominant, combining to win 65 medals, 29 of them gold, including one final golden spree by Michael Phelps. The Final Five women’s gymnastics team was sensational, winning nine medals, its most ever, including the team all-around gold medal and Simone Biles’ individual all-around gold medal.

Simone Biles was in a league of her own, leaving teammates in awe of her dominant performance.

Simone Biles entered Rio 2016 with the highest of expectations and the three-time defending all-around world champion was up to the challenge. Biles led Team USA’s Final Five to the team all-around gold medal, then won the individual all-around gold and brought home individual gold in the vault and floor exercise and bronze in the balance beam.

It was a string of sensational performances by Biles, who was unfazed by the spotlight – real or perceived – of being a heavy favorite. She became the first American female gymnast to win four gold medals in a single Olympics.

“I deal with pressure very well,” she said.

Biles was selected by her Team USA teammates to be the flag bearer at the Rio Closing Ceremony.

As soon as U.S. Army Reserve Second Lieutenant Sam Kendricks heard the first notes of The Star-Spangled Banner, he immediately decelerated and stopped his approach to the pole vault, set down his pole, turned and stood at attention.

It was a remarkable change of focus, but Kendricks was certain he was doing the right thing. He went on to win the bronze medal in the men’s pole vault.

One of the most dominant athletes of her generation, Katie Ledecky’s victory in the women’s 800-meter freestyle was incredible even by her own lofty standards. Ledecky took nearly two seconds off her own world record and finished more than 11 seconds ahead of the field.

It was Ledecky’s fourth gold medal in Rio and fifth overall, culminating a week in which she won gold in the 200 freestyle and took nearly two seconds off her own world record in winning gold in the 400 freestyle. She became the first woman since Debbie Meyer in 1968 to win gold in the 200-, 400- and 800-meter freestyle.

“I hit all my goals right on the nose this week, and I couldn’t be happier with how this whole week has gone,” Ledecky said.

Abbey D’Agostino showed the spirit of the Olympics and completed her race despite a serious knee injury.

Abbey D’Agostino was not sure what happened as she lifted herself off the track and back to her feet in a preliminary heat of the women’s 5,000-meter race. But as she looked down and saw New Zealand’s Nikki Hamblin – whom she had never met previously — laying on the track, D’Agostino acted instinctually. Instead of immediately trying to continue the race, D’Agostino wanted to help her fellow competitor.

It was a wonderful display of Olympic spirit as the two runners encouraged each other to complete the race. D’Agostino was in obvious pain; she later was diagnosed with torn knee ligaments that required reconstructive surgery.

When Simone Manuel reached for the wall in the women’s 100-meter freestyle, it was a historic moment: She became the first black female swimmer to win Olympic gold, tying Canadian Penny Oleksiak for first place.

“I’m super glad with the fact that I can be an inspiration to others and hopefully diversify the sport,” Manuel said. “But at the same time, I would like there to be a day where there are more of us, and it’s not Simone, the black swimmer. The title ‘black swimmer’ makes it seem like I’m not supposed to be able to win a gold medal, or I’m not supposed to be able to break records. That’s not true because I work just as hard as anybody else, and I love the sport. I want to win just like everybody else.”

Manuel came home with four medals in all, with a gold in the 4×100 medley relay and silver in the 50 freestyle and 4×100 freestyle relay.

Michael Phelps is the most decorated Olympian ever, with 28 medals, 23 of them gold.

The most decorated Olympian of all time, swimmer Michael Phelps went out the only way possible: In his final Olympic race, Phelps helped the U.S. 4×100-meter men’s medley relay team win the gold medal. It was the 23rd goal medal of Phelps’ career, an Olympic record, as is his total of 28 medals overall.

Following the finish, Phelps – who swam the butterfly third leg of the relay and catapulted the U.S. from second place into the lead – bent over at his waist, overcome with emotion.

“That’s really when everything started to hit me,” he said, “knowing it was the last time I’ll wear the stars and stripes in a race.”

Phelps, who was selected to be the U.S. flag bearer at the Rio 2016 Opening Ceremony, finished with five gold medals and one silver at Rio. He was honored as the Team USA Male Athlete of the Games.

Kim Rhode was 17 years old when she won her first Olympic medal, the gold in double trap at Atlanta 1996. Twenty years later she set an Olympic mark for sustained excellence.

In her career, Rhode has won three golds, one silver and two bronzes. She is the only athlete ever to win Olympic medals in all three shooting disciplines (trap, double trap and skeet) since making her Olympic debut and winning the double trap gold at Atlanta 1996 as a 17-year-old.

“Six for six, who would have thought,” Rhode said. The bronze in Rio is “at the top of the list. I was very emotional out there (on the medal podium). I think every emotion hits you at once. You want to run, scream, cry and you just don’t know which one to do first. It doesn’t matter if it’s the gold, the silver or the bronze, it’s the journey, and my journey this time was very, very challenging.”

At the end of the gold-medal match, champion Helen Maroulis and runner-up Saori Yoshida collapsed to the mat in tears for different reasons.

As far as surprises go, wrestler Helen Maroulis winning the gold medal ranks as one of the biggest. Her opponent in the women’s 53-kilogram division was the Olympic three-time defending champion and a 13-time world champion, who had not allowed a point in her first three matches at Rio.

Maroulis, though, scored a takedown early in the match and earned a 4-1 victory over Japan’s Saori Yoshida to claim Team USA’s first-ever gold medal in women’s wrestling.

“Anyone can win it, that’s what I told myself,” Maroulis said. “I just didn’t want to look at Goliath and get scared.”

Ibtihaj Muhammad realizes the moment is bigger than her

Ibtihaj Muhammad advanced to the Table of 16 in women’s individual and helped the U.S. to the team bronze.

Ibtihaj Muhammad helped Team USA win the bronze medal in the women’s saber team competition, but it was her presence as a part of the U.S. delegation that resonated. Muhammad was the first American woman to wear a hijab while competing for the U.S. in the Olympics and the first Muslim-American woman to win an Olympic medal.

“I realize that this moment is bigger than me,” she said. “Anyone who has paid attention to the news at all would realize the importance of having a Muslim woman on Team USA. It’s not just any team, it’s the United States of America. It’s just been a really remarkable experience for me.” 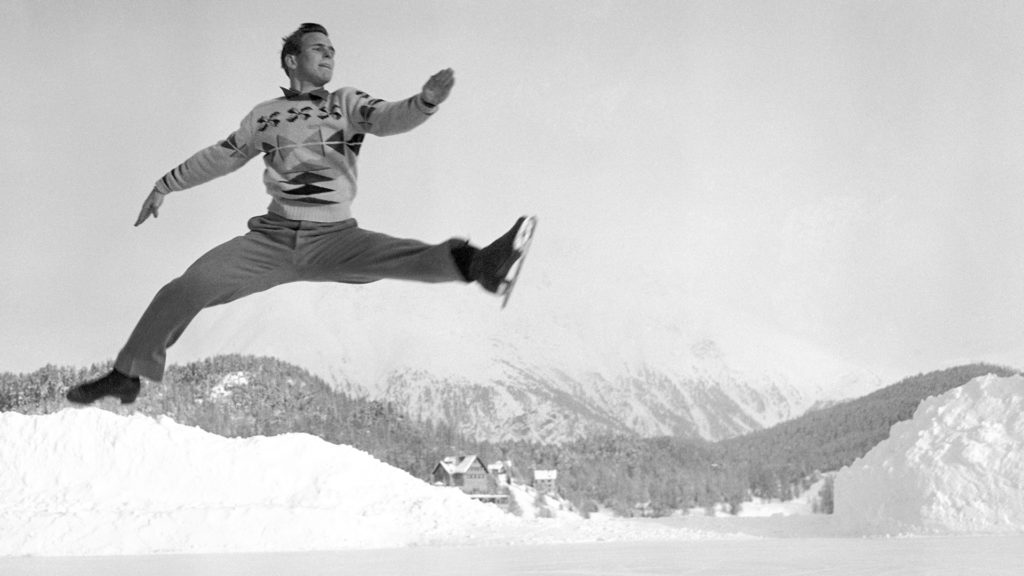 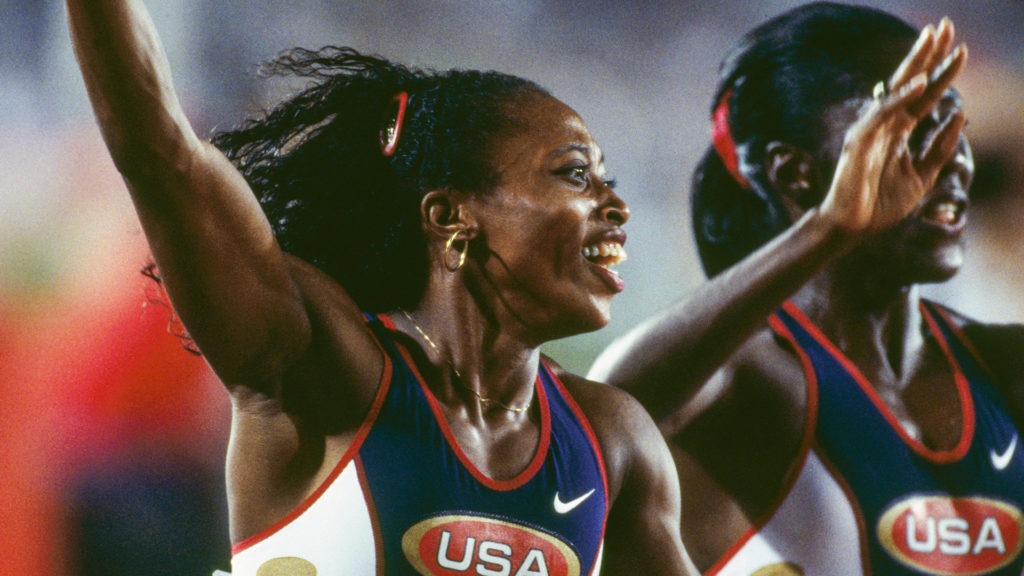 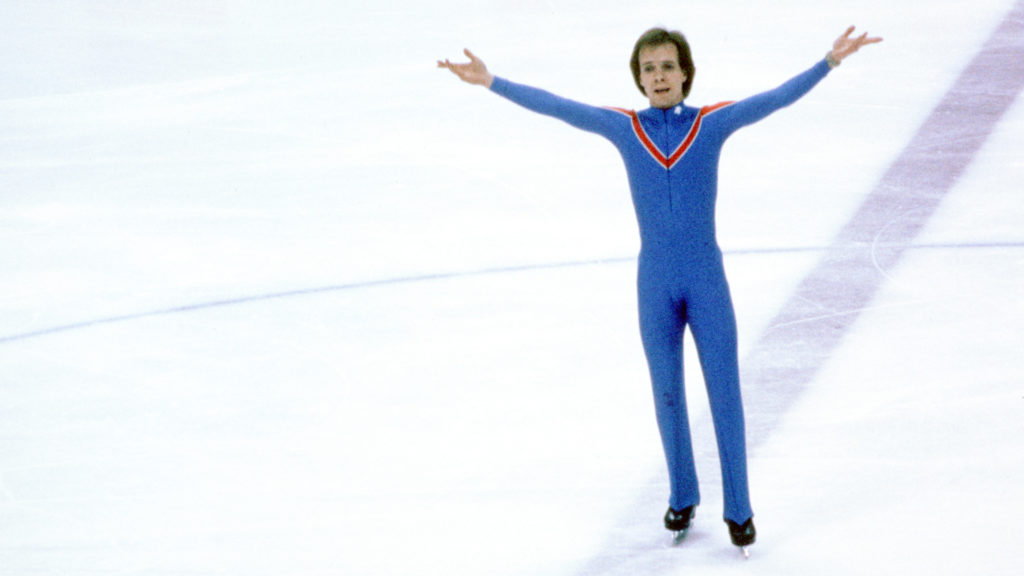 Doctors were unable to determine the cause of Scott Hamilton's childhood illness; but his recovery included ice skating -- the impetus for his gold medal at the Sarajevo 1984 Olympic Winter Games.