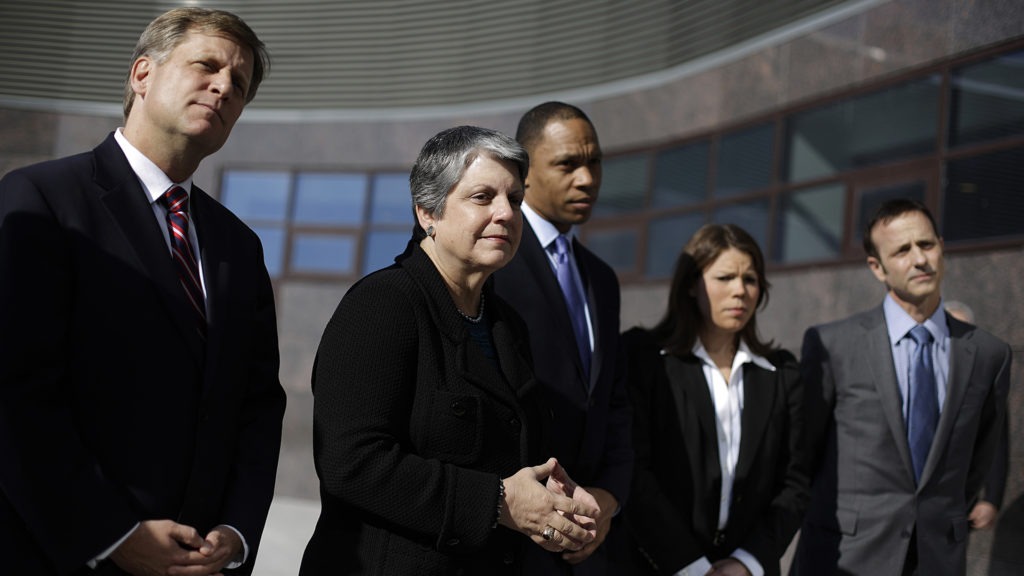 The presidential delegation to an Olympic or Paralympic Games is largely ceremonial role. Government officials, former athletes and other dignitaries accompany Team USA athletes and coaches to the host city, where they attend events, including the Opening and Closing ceremonies, and meet with the athletes.

When it came time to select a delegation for the Sochi 2014 Olympic Winter Games, however, U.S. President Barack Obama took the unusual step of composing a group that would send a message to the Russia and the rest of the world.

Although President Obama said that a busy schedule prevented him from attending, the delegation also did not include First Lady Michelle Obama or Vice President Joe Biden. The group did include openly gay and lesbian athletes Billie Jean King, Brian Boitano and Caitlin Cahow, whose presence was seen as a repudiation of Russia’s anti-gay laws and propaganda.

“I think Putin and Russia have a big stake in making sure the Olympics work, and I think they understand that for most of the countries that participate in the Olympics, we wouldn’t tolerate gays and lesbians being treated differently,” Obama said. “They’re athletes, they’re there to compete. And if Russia wants to uphold the Olympic spirit, then every judgment should be made on the track, or in the swimming pool, or on the balance beam, and people’s sexual orientation shouldn’t have anything to do with it.

He added that the delegation “represents the diversity that is the United States.”

Gay rights groups hailed the selection of the delegation.

“That was very significant,” said Hudson Taylor, executive director of the LGBTQ advocacy group Athlete Ally. “It’s probably one of the few times the delegation was used to make a specific statement.”

It was the first time since Sydney 2000, the U.S. presidential delegation did not include the current president, first lady,  vice president or a former president.

“I am going to Sochi to represent a country that has made the most dramatic shifts on some of these issues in the last few years and I am very proud to be representing that kind of diversity,” said Cahow, a two-time Olympian on the U.S. women’s ice hockey team. She won the bronze medal at the Torino 2006 Olympic Winter Games and silver at Vancouver 2010.

“Honestly, I think that my John Carlos moment right now is going to Russia and being present and representing the United States,” she said on the NBC TODAY Show. “This delegation represents so much more than just LGBT diversity.”

Boitano, the gold medalist in men’s figure skating at the Calgary 1988 Olympic Winter Games and a member of the U.S. Olympic & Paralympic Hall of Fame, came out as gay upon being named to the delegation.

Although she was not an Olympian as tennis was not part of the Olympic platform during her career, King won 39 Grand Slam tennis titles, was the world’s top-ranked player and founded the Women’s Sports Foundation. She saw her inclusion in the delegation as an opportunity to support other athletes around the globe.

“While I am not planning to protest or demonstrate, I am concerned with the treatment of the LGBT community in Russia and throughout the world,” King wrote. “I want the LGBT community living in Russia to know they are not alone and I hope others realize this is not only a gay rights issue, but a global concern for human rights and equality.

“As I said when I was named to the U.S. delegation, I hope these Olympics will be a watershed moment for the universal acceptance of all people.”