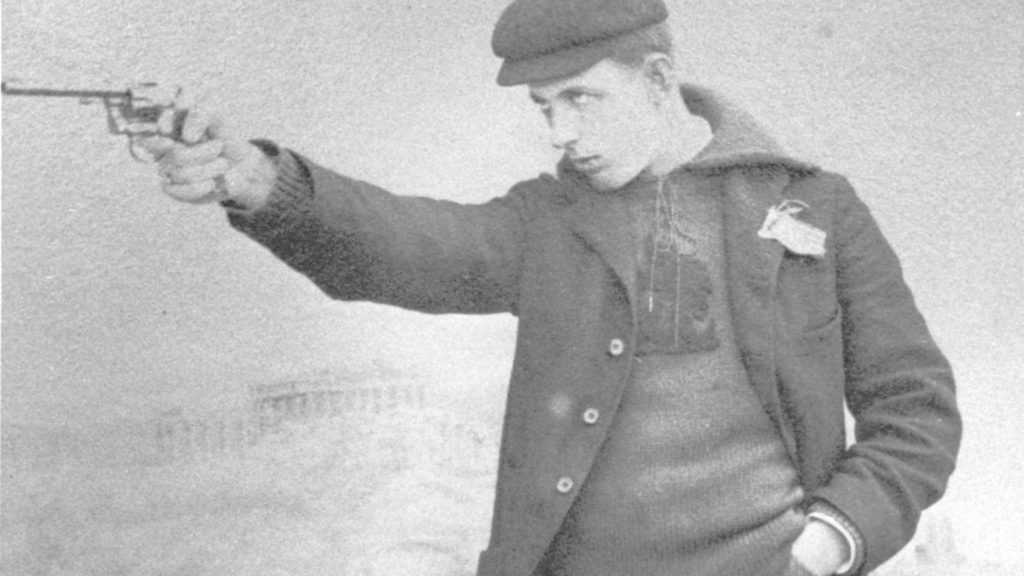 John and Sumner Paine shot their way to be Olympic champions

As the first-ever modern-day Olympics approached, John Paine decided that he wanted to participate in the shooting competition. Departing Boston, he traveled on a freighter across the Atlantic Ocean to Paris, where he surprised his older brother Sumner after work one day.

The Paine brothers – descendants of Robert Treat Paine, who signed the Declaration of Independence — were considered among the finest marksmen in the world. Their route to the Athens 1896 Olympic Games might be a more intriguing story than the events themselves.

John Paine was well aware of the Athens Games, while Sumner Paine “was completely unaware of the impending Olympic Games and his brother failed to inform him that he was even on route to Paris,” according to The Olympic Century I. Sumner Paine, though, was easily persuaded to join his brother.

In Paris, Sumner Paine worked as a gunsmith at Gastinne-Renette Galleries armory and the Paine brothers went there to select their guns for the Olympic competition. Unsure what exactly they needed, the Paines selected eight weapons and a whopping 3,500 rounds of ammunition.

The trip to Athens took several days and the Paines arrived on April 7, the day before the shooting competition began.

The Paines were disqualified from the first event for not having the appropriate guns. They soon noticed that the targets were smaller than standardized American targets and also that the sunlight glared off the polished steel of their guns. So they fashioned a homemade fix, Sumner Paine later wrote, lighting a match and holding it over their guns so that the smoke would dull the shine.

When the Paines began competition, they were clearly the class of the field – even while taking sips of whiskey from their flasks between shots, according to Igniting the Flame: American’s First Olympic Team.

In their first event, the 25-meter military revolver, John Paine finished first and took home the silver medal with a score of 442, with 25 hits in 30 shots. (It was not until 1904 that the gold-silver-bronze order of finish was established; at Athens 1896, first-place finishers won silver and second-place finishers took bronze.) Sumner Paine was second with 380 points, nearly double the third-place finisher.

The Paines made a brotherly agreement before the Games; if one of them won an event, that person would sit out the next event. Thus, John Paine left it to Sumner to win the 30-meter Target Pistol event. Sumner Paine scored 442 points to easily outdistance the field and make it back-to-back first-place finishes for the Paines.

The Paines were such fine shooters that it ended up keeping Sumner out of trouble. As it was retold by Harvard Magazine, in 1901 Paine returned home early from work to find his wife with another man. Paine chased the man out of the house and fired four bullets without hitting the man. Police later decided that Paine had shown restraint by missing the man and that Paine could have hit the man if he wanted.

John Paine’s great granddaughter, Cecile Tucker, competed in rowing at the Atlanta 1996 Olympic Games. Paine passed away in 1951 at age 81.