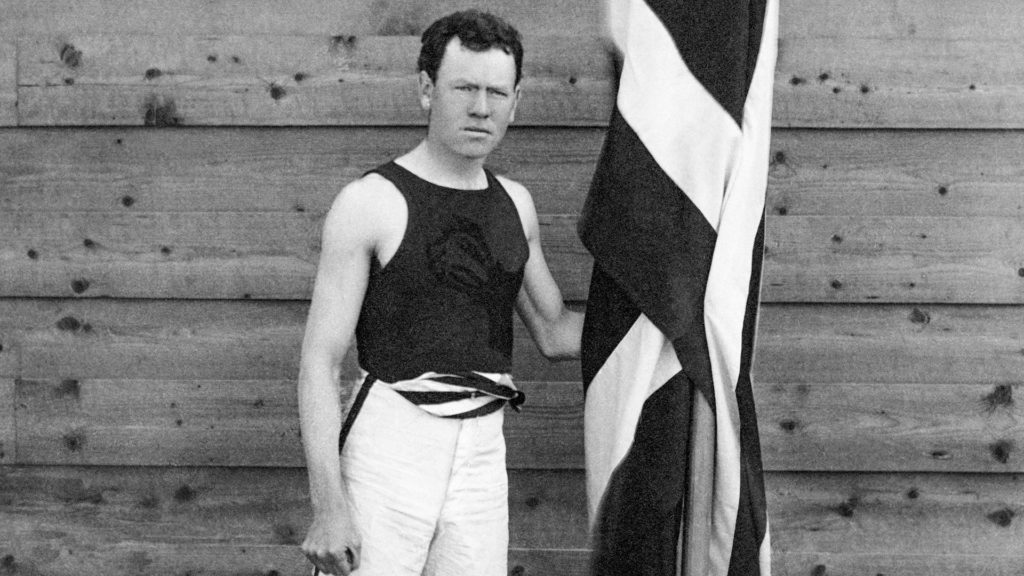 He was one of the more unlikely U.S. Olympic heroes of all time. While James Brendan Connolly was a good athlete, he dropped out of school before high school and worked as a clerk at an insurance company then moved to Savannah, Georgia, where one of his brothers helped him get a job with the U.S. Army Corps of Engineers.

Connolly enjoyed playing – and writing – about sports while in Savannah, but at age 27 eventually he decided to further his education … at one of the nation’s most prominent institutions of higher learning.

Connolly enrolled at Harvard for a special engineering course, but his tenure at Harvard was brief. After just one semester, Connolly left Harvard to travel to Europe for the Athens 1896 Olympic Games.

The journey to Athens, Connolly wrote in an autobiography, started with a boat ride across the Atlantic Ocean to Naples, Italy. It was there that Connolly’s wallet was stolen and later recovered by police, who wanted Connolly to press charges against the thief. Taking time to do that, Connolly wrote, would have made him miss the American contingent’s train to Brindisi and he was forced to flee the police – anxious to have Connolly press charges against the thief — and narrowly caught the already departing train.

A steamer ride followed and then a 10-hour train ride brought the group to Athens, thinking they had nearly two weeks to prepare for competition after their lengthy travels.

However, at their first breakfast in Athens, Connolly looked at a program and only then did he realize that the Greeks went by a different calendar. The track and field events began that day, starting with Connolly’s top event, the triple jump (then known as the triple saute).

“I came to Athens all set to do a hop, step and jump; yet in that stadium that day, in contest for an Olympic championship, I shifted at the last moment to a two hops and a jump, which I hadn’t jumped since a boy against other boys,” Connolly wrote.

Connolly later noted that two important aspects of competing in the Olympics in 1896: Competitors were not allowed to walk off and measure their approaches and that they were not told their results until the end of the competition.

“The track coach of the London Athletic Club named Perry, was smoothing the earth in the pit after each jump,” Connolly wrote. “After my second try I said to Perry: ‘They ought to let a fuhla know, how far he jumps.’ His answer: ‘As far as you’re concerned, you can go on back to your dressing room and take your barth. You have this event in your pocket right now.’ ”

The winner of the very first modern-day Olympic competition, Connolly finished first by a full meter and received the silver medal awarded to first-place finishers at Athens 1896. Second-place finishers received bronze medals, the only other medals awarded there.

Upon his return to Boston, Connolly resumed his career as a writer, working for newspapers and magazines. He also served in the Ninth Massachusetts Infantry during the Spanish War of 1898.

Connolly returned to the Olympics at Paris 1900 and finished second in the triple jump, bringing home the bronze medal.

Connolly went to a third consecutive Olympic Games at St. Louis 1904, but this time on his next career, as a journalist writing about the Games. He was a prolific author before passing away in 1957 at age 88.