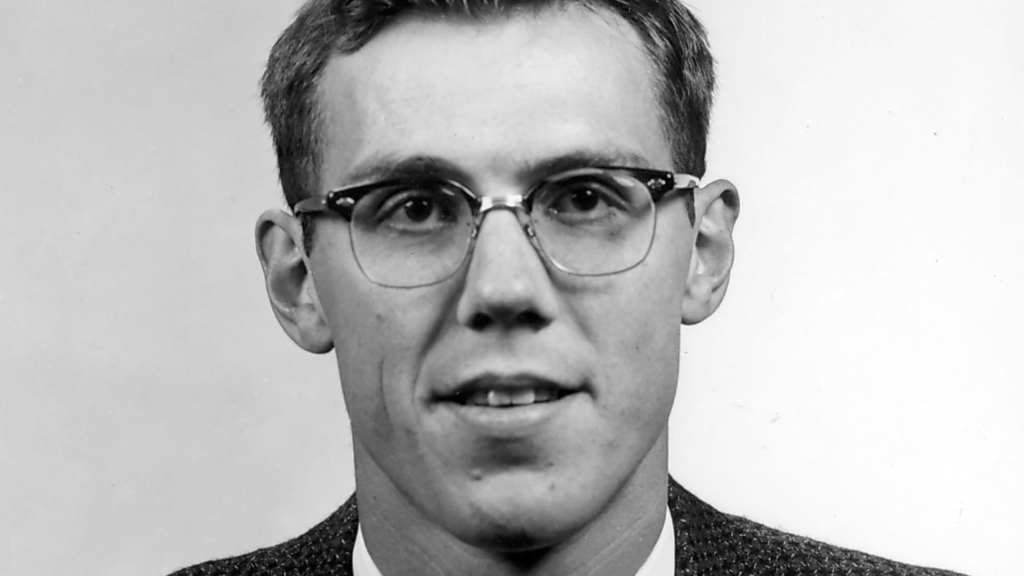 Charles “Chuck” Darling was born on March 20, 1930 in Denison, Iowa. Darling succeeded at every level of basketball; in high school he was All-State in Montana and Colorado. He went on to play at the University of Iowa and still holds several records for the Hawkeyes. After graduating with a degree in geology, Darling worked for Phillips 66 and was the starting center for the Phillip 66 Oilers basketball team, one of the greatest amateur teams in the nation.

He made the 1956 U.S. Olympic Men’s Basketball Team, winning gold in Melbourne. Team USA won each of its games by least 30 points, with Darling averaging nine points per game. The team was inducted into the U.S. Olympic & Paralympic Hall of Fame in 1986.

Darling later settled in Colorado. With his wife of 68 years, he had three children and 13 grandchildren. He passed away in Littleton, Colorado on April 6, 2021 at the age of 91.