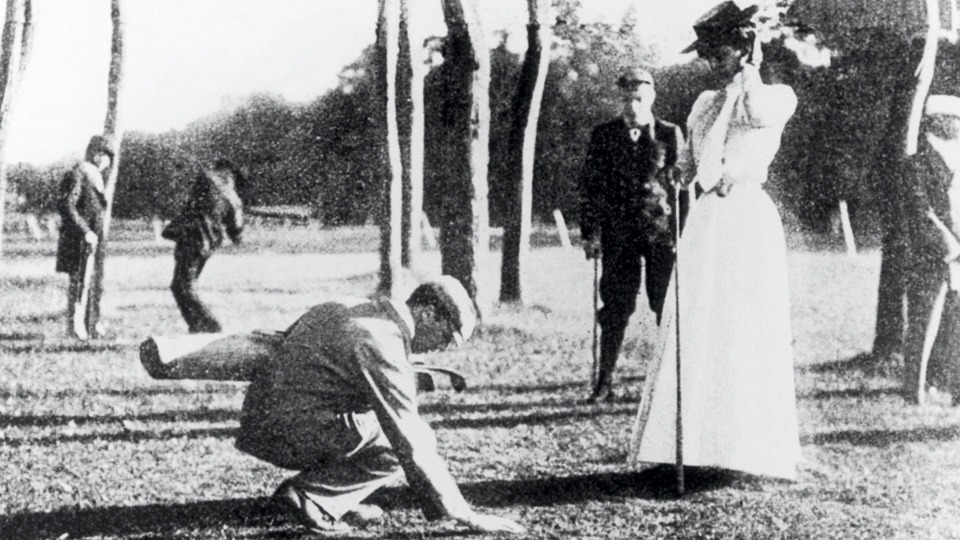 An unknowing historymaker: Margaret Abbott was the first American female to be an Olympic champion

She finished first in women’s golf at the Paris 1900 Olympic Games, but apparently never knew she had won more than the city championship

The United States’ first female Olympic champion had no idea that she had made history. After all, it appears that Margaret Abbott led her entire life without knowing that she competed in the Olympic Games and became the first woman to finish in first place for Team USA.

It was not until well after her death in 1955 that it finally came to light that Margaret Abbott indeed had won the golf tournament at the Paris 1900 Olympic Games. And even then, the news came out only because of the curiosity of a college professor who also served as a representative for what is now known as the U.S. Olympic & Paralympic Committee.

It was not as though Margaret Abbott returned home from France with a gold medal draped around her neck to be feted at a victory parade. Most of the winners at Paris 1900 were presented historical artifacts; Abbott was given a porcelain bowl for her triumph.

Abbott’s name, however, was etched on a plaque in the MacArthur Room at the previous headquarters of the U.S. Olympic Committee (as it was known then) in New York City, which bestowed this honor on the nation’s Olympic gold medalists. Paula Welch — a professor at the University of Florida with a strong interest in Olympic history who was also a U.S. delegate to an upcoming International Olympic Academy meeting — saw Abbott’s name – (misspelled Abbot) and wondered who Margaret was and why Welch had never heard of Abbott.

“I just felt like this was such an interesting story,” said Welch, whose doctoral dissertation was written on American women in the Olympic Games. “I wanted to find out as much as I could.”

Welch’s research continued on and off for a decade. She learned that Abbott was born in India and later raised in Boston and then moved to Chicago where she learned to play golf. Her mother, Mary Ives Abbott, had taken Margaret to Paris to study art and the two entered the golf tournament in nearby Compiegne, apparently unaware that it was an Olympic competition.

The Paris 1900 Olympic Games were the first to include women, but their participation was limited to just five sports: croquet, equestrian, golf, sailing and tennis. The tennis competition took place in July, with American Marion Jones winning the bronze medal in women’s singles and teaming with Laurence Doherty of Great Britain to win bronze in mixed doubles.

Held in conjunction with the Paris Exposition – also referred to as the World’s Fair — the Olympics were spread out over several months. A wide variety of events were staged and it was sometimes left in the air as to what was an Olympic competition (including tug of war) and what was not (kite flying, firefighting and pigeon racing among others). There was no Opening Ceremony, nor a Closing Ceremony.

The golf tournament was held in October; while the men played two 18-hole rounds, the women’s event consisted of just nine holes. Abbott shot 47 to lead an American sweep, with Pauline Whittier winning the silver and Daria Huger Pratt the bronze. Mary Ives Abbott placed seventh – making them the first and still only mother and daughter to compete in the same event at the same Olympic Games.

Welch’s research led to repeated trips to the library, where she learned about Abbott’s golf career in old Chicago Tribune newspaper stories. “A lot of the research that I found appeared in society columns because there was not very much written on women in sports sections,” Welch said.

Welch was able to piece together Abbott’s golf career, learned that she remained in Paris for another year before returning to the United States, where she married writer Finley Peter Dunne. The couple had four children – who were also unaware their mother was an Olympic champion until Welch tracked them down.

“It’s not every day that you learn your mother was an Olympic champion, 80-odd years after the fact,” Philip Dunne wrote in Golf Digest in 1984. “The champion herself had told us only that she had won the golf championship of Paris.”

Welch suspects that the only reason Abbott’s name was placed on a plaque at Olympic House is that another Chicagoan – A.G. Spalding – was the U.S. Director of Sports to the International Exposition and included Abbott’s result in his official government report.

“No one at Olympic House knew anything about her until I began my research,” said Welch, who served on the USOC Board of Directors from 1985 to 2002 and remains involved with the U.S. Olympic & Paralympic Foundation.

Now, Abbott is etched in the record books.