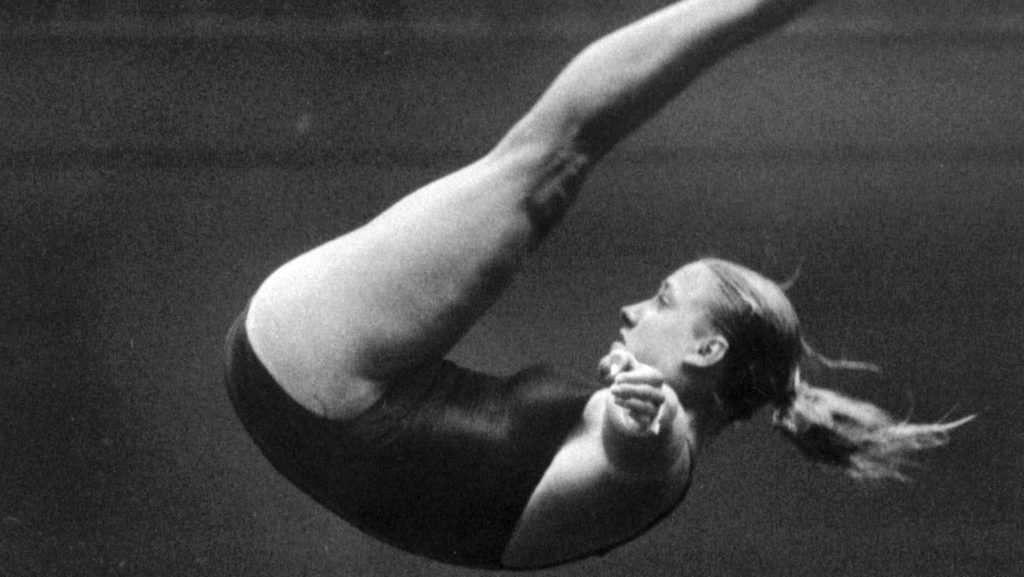 A footnote in every conversation about Megan Neyer’s life

15-time national champion diver participated in three U.S. Olympic Trials, but only qualified for the Olympics in 1980

Megan Neyer was 6 years old when she realized she wanted to be an Olympian. She was inspired watching gymnast Cathy Rigby compete at the Mexico City 1968 Olympic Games.

While Neyer initially wanted to be a gymnast like Rigby, she soon transitioned to diving — or “gymnastics into water,” as she liked to describe it.

Eight years later, watching the Montreal 1976 Olympic Games, Neyer sat on the couch with her diving coach Joe Suriano and watched American Jennifer Chandler win gold in the 3-meter springboard. As Neyer and Suriano celebrated, the coach leaned over and said, “Hey, you’re going to beat her someday.”

Neyer shrugged it off as standard motivation. But within two years, she had overtaken Chandler as the top American on the 1-meter springboard.

Born and raised in Ashland, Kentucky, Neyer was 16 when moved to live with a host family in Mission Viejo, California, to train for the 1980 U.S. Olympic Trials.

“If [my parents] hadn’t let me move, my diving career would have been over,” Neyer said.

She competed in three Olympic trials, qualifying for the Moscow Games. However, she never competed at the Olympics.

In protest of the Soviet Union’s invasion of Afghanistan, the U.S. boycotted the Moscow Games. Just 18, Neyer did not know what to make of the decision. Neyer and the rest of the 1980 U.S. Olympic Team received the Congressional Gold Medal, but she had mixed emotions about the meaning of that medal.

“When you read the medal it talks about sacrifice and the United States,” Neyer said. “But ‘I’ didn’t sacrifice anything.”

The 1984 U.S. Olympic Trials gave Neyer’s Olympic dream another chance. Instead, she said, they were dominated by suppressed emotions. She finished third and did not make the team. She also competed at the 1988 U.S. Olympic Trials.

“It wasn’t until 1984 that I realized the magnitude of 1980,” Neyer said. “When I missed the team in 1984, that’s when I felt like somebody had stabbed me in the heart and shot me through the back.

It has been 40 years since the 1980 Olympic Games and Neyer says they have become a footnote of most conversations in her life. Neyer founded Neyer Performance Strategies, which provides services in performance coaching and consulting for athletes. She has also worked with the U.S. Air Force and nuclear energy companies, helping with leadership building and performance consulting.

After the Tokyo 2020 Olympic Games were postponed to 2021, Neyer wrote a letter to athletes on how she dealt with the grief and ultimate meaning following the 1980 boycott. She sent the letter directly to USA Diving and shared it on her website and Facebook page.

But she is also an Olympian.

Alex Miller is a student in the Grady Sports Media program at the University of Georgia, which partnered with the U.S. Olympic & Paralympic Museum to produce content during the 2020 spring semester.