Coach:
Gerald Tucker
Led by Bill Russell and K.C. Jones, the 1956 U.S. Men’s Basketball Team was dominant at the Melbourne 1956 Olympic Games, winning each of its eight games by at least 30 points en route to winning a gold medal.
SHARE
27

The 1956 U.S. Olympic Men’s Basketball Team was as dominant as any team in Olympic history, winning each of its eight games by at least 30 points, capped by an 89-55 victory over the Soviet Union in the gold medal game at the Melbourne 1956 Olympic Games.

The American squad featured University of San Francisco teammates K.C. Jones and Bill Russell, who are among the select group to have won an NCAA championship, an Olympic gold medal and an NBA title.

Jones and Russell led San Francisco to the 1955 and 1956 NCAA championships. They then teamed up on the American squad, as Russell averaged a team-leading 14.1 points per game and Jones averages 10.9 points per game.

Russell could have turned professional and skipped the Olympic Games, but he was dead set on taking part in the Melbourne 1956 Olympic Games.

“Ever since I was a kid, there were social and physical icons that I always heard about. And you think of these things in awe. And when I got to the age where I qualified for The Olympics, I wanted to go,” Russell said. “Then, the honor of The Olympics was to compete. Not to win, but to compete. I really wanted that. If I hadn’t made that Olympic basketball team, I was going to participate in the high jump. I was ranked second in the country in the high jump, so either way, I was going to Melbourne. I wanted to be a part of that Olympic experience.”

As professionals, the tandem became accustomed to success with the Boston Celtics. Russell led the Celtics to 11 NBA titles during his 13 professional seasons, including two championship seasons during which he served as player-coach. As a player, Russell also was a five-time NBA Most Valuable Player and 12-time All-Star. Jones won eight NBA titles as a player, one as an assistant coach and two more as a head coach. Both Russell and Jones are enshrined in the Naismith Memorial Basketball Hall of Fame.

It was the United States’ fourth consecutive gold medal in men’s basketball since the sport was introduced to Olympic Games competition at the Berlin  1936 Olympic Games. 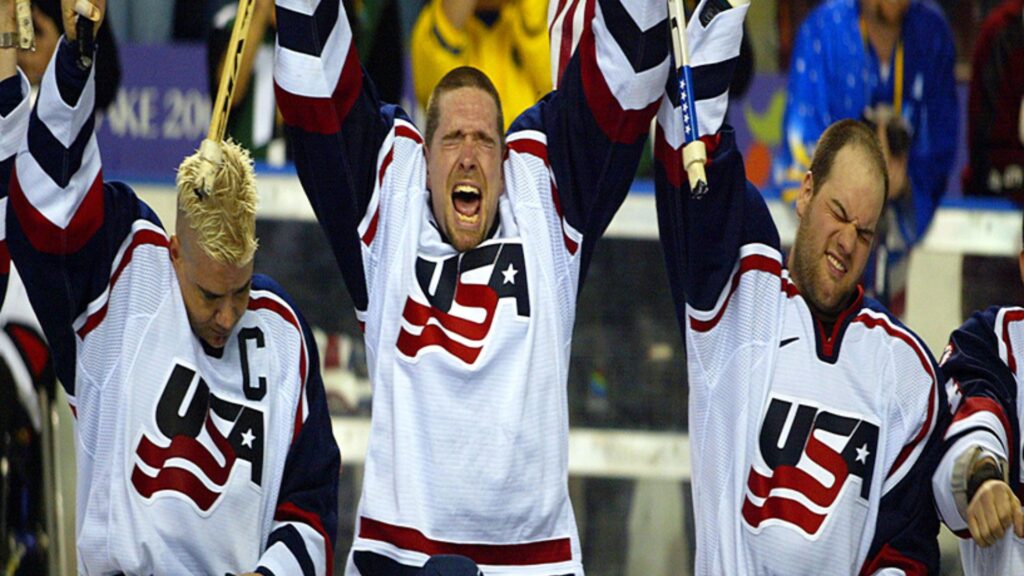